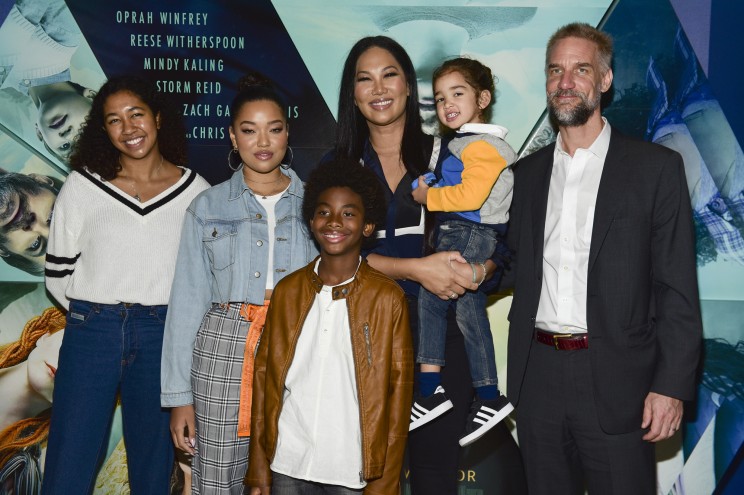 An ex-Goldman Sachs executive who is now estranged from fashion model wife Kimora Lee Simmons is set to testify this week at a trial over a multibillion-dollar bribery scheme in Malaysia that ensnared the Wall Street giant’s bankers. Tim Leissner — who once headed Goldman’s Southeast Asia operations and who married the ex-wife of hip-hop mogul Russell Simmons in 2013 — is expected to testify in Brooklyn federal court where the trial of Roger Ng is set to begin on Monday. Both Leissner and Ng face decades behind bars, though Leissner hopes to get a reduced sentence by testifying as a state’s witness in the government’s case against the latter. Prosecutors allege that Ng worked with Leissner and Malaysian financier Jho Low to divert $4.5 billion from the 1MDB fund – some of which Goldman helped to raise through bond sales – to fund a lavish lifestyle. Leissner, a German-born banker whose alleged shenanigans helped Goldman bag $600 million in fees on $6.5 billion worth of bond deals for the Malaysian government — has pleaded guilty to money laundering. He hasn’t yet been sentenced and is free on a $20 million bond. Last year, Russell Simmons sued his ex and her now-estranged husband for allegedly using his shares in a nutrition company as security for Leissner’s bond. The Leissners have denied the allegations. Leissner met his fashion designer wife, who starred in her own fashion-themed reality television show, in the business section of a flight that took off from Hong Kong and was bound for Kuala Lumpur. The initial encounter began with an argument and ended with a marriage proposal, the couple told the Wall Street Journal. The couple have a son, Wolfe, who was born in 2015. The couple lived for a time in an $11 million mansion in Los Angeles. The house was sold last year but Leissner continues to live in Los Angeles. Simmons and Leissner have separated, Bloomberg reported, citing unnamed sources. see also Prior to Simmons, Leissner was married to Judy Chan, a former analyst at Goldman whose father ran a coal-mining business in China, according to Bloomberg. Their wedding feast included “suckling pigs with electric lights flashing in their eye sockets,” the news service reported. Ng, the former head of Goldman’s investment banking division in Malaysia, is being accused of stealing billions of dollars from 1MDB, the Malaysian government’s sovereign development fund. He has pleaded not guilty. Ng was first extradited from Malaysia to the US in May 2019, but his federal trial was delayed for years due to the COVID-19 pandemic. Goldman bankers are alleged to have paid more than $1.6 billion in bribes to secure business from the 1MDB fund. In August 2018, Leissner pleaded guilty to one count of conspiracy to violate US anti-bribery laws and conspiring to launder money. To avoid jail time, he forfeited $44 million while his former bank, Goldman, paid fines totaling $5 billion. The scandal resulted in months of bad publicity for Goldman Sachs and touched some of the world’s most widely known individuals. Some of the misappropriated money was used to fund “The Wolf of Wall Street,” the star-studded film starring actor Leonardo DiCaprio. Low used more than $8 million to purchase jewelry for former Victoria’s Secret model Miranda Kerr, according to prosecutors. In one notable incident, Low hosted an extravagant Las Vegas birthday in 2012 featuring Britney Spears, who popped out of a birthday cake to serenade the financier. Low remains at large and is believed to have been granted asylum by an unknown country.