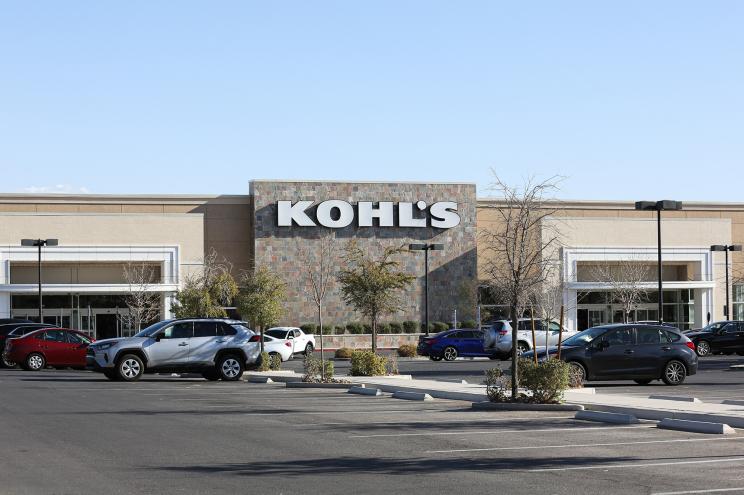 Struggling retail giant Kohl’s pushed back this week’s deadline for final bids to buy the company after several potential suitors bowed out, multiple sources told The Post on Thursday. The closely watched sales process, which scared off bidders after Kohl’s delivered weaker-than-expected first-quarter financial results, hit a snag when the company slashed its sales and profit outlook for the rest of the year, citing a decline in consumer spending at its 1,100 stores – even as other retailers like Macy’s report strong sales. The company has not provided a new time frame for a possible sale — after rejecting a $9 billion offer earlier this year. Any bid coming in now would be for far less than the offer Kohl’s walked away from, sources said. “It’s an ongoing process,” that may or may not result in a sale, a source close to Kohl’s told The Post. Just two weeks ago, Kohl’s chief executive, Michelle Gass, boasted about the “number of parties who recognize the value of our business and plan” she said, referring to potential investors. But “multiple parties” ended up not submitting an offer to acquire the Wisconsin-based retailer, sources close to the sale process told The Post. The sources said the entire process could be delayed, possibly until after the next quarter, to give Kohl’s time to stabilize its business, which saw comparable sales decline by 5.2% from a year ago. “This is a sale that needs more time,” an advisor close to the deal told The Post. It “has become a dysfunctional process.” Kohl’s declined to comment for this story. Kohl’s rejected a $9 billion offer from Starboard Value LP, which wanted to buy the company for $64 a share, or a 37% premium. Kohl’s said the offer was too low. Now, the stock has cratered to about $40 a share. This week, UBS cut its price target for Kohl’s from $38 to $32 a share. The company has said in the past that it received interest from some 25 potential investors. Those reportedly eyeing the deal included Canadian department store Hudson’s Bay Co., shopping mall giant Simon Property and Canada-based Brookfield Asset Management, along with private equity giants Sycamore Partners and Leonard Green & Partners. Sycamore is still interested, sources tell The Post. Another complication preventing a huge windfall for Kohl’s shareholders is that banks in recent weeks have greatly limited their lending to retailers due in part to inflation and recessionary fears, making it hard for private equity firms to finance a leveraged buyout, sources said. Buyers like Sycamore are not going to significantly increase the amount of equity they invest in this deal, the source close to the process said. At the same time, Kohl’s is facing increasing pressure from activist investor Macelleum Advisors, which threatened on May 20 to sue the retailer, alleging that Kohl’s withheld information about its financial performance in order to win a proxy fight with the investor. “We are actively exploring claims against the board and will take legal action, if necessary,” Macellum’s managing partner Jonathan Duskin said in a statement at the time. Macellum wanted to replace 10 directors on Kohl’s board, claiming that they rubber-stamped a losing business strategy that has cost the company market share. The company’s shareholders voted against Macellum’s slate a week before they knew about the company’s poor results and that two key executives were leaving Kohl’s. The sales process was a “sham to not lose board seats to the activist” another source close to the auction told The Post.