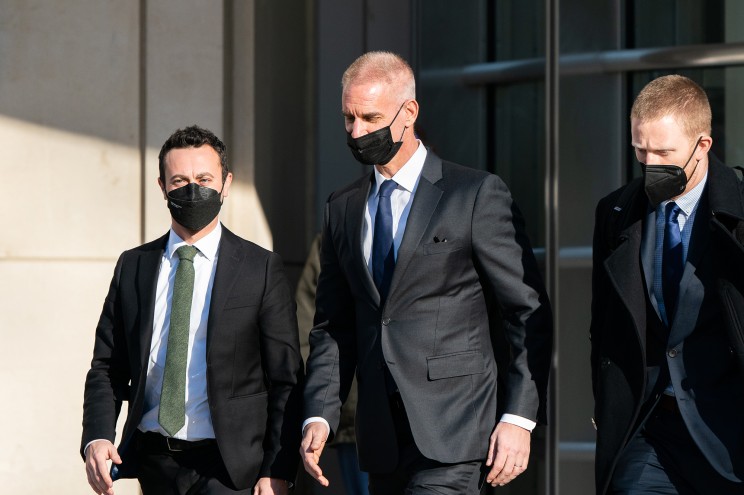 The woman who is alleged to have blackmailed disgraced ex-Goldman Sachs banker Tim Leissner into buying her a $10 million London mansion has had her assets frozen by the Malaysian government. Rohana Rozhan, a media executive and the former CEO of Astro Malaysia Holdings, is said to have carried on an extramarital affair with Leissner, the estranged husband of fashion model and reality television star Kimora Lee Simmons. Leissner testified in Brooklyn federal court last week that when he tried to break things off with Rozhan, she threatened to reveal his role in the $4.5 billion 1MDB embezzlement scheme if he did not buy her a mansion. “Ms. Rozhan was very upset that I was ending our relationship to be with my future wife, with Kimora,” Leissner said on the stand. “If I didn’t buy her a house, she would tell the authorities about my involvement in the 1MDB scandal. She was threatening to expose me. At the time, 2013, I was very fearful of that,” Leissner added, according to Bloomberg. Leissner testified that he informed Richard Gnodde, the then-chief of Goldman Sachs’ Asia business, of his relationship with Rozhan. He admitted to continuing the relationship despite Gnodde’s warnings to “be careful” because Rozhan’s company was a client. Leissner’s testimony prompted Malaysian regulators on Tuesday to announce an investigation of Rozhan for suspected money laundering, Bloomberg is reporting. “We have called Rohana to record her statement and have taken steps to freeze related assets or cash,” said Azam Baki, the head of the Malaysian Anti-Corruption Commission. “We will continue our efforts to investigate and return the related monies to our country.” Leissner, who has pleaded guilty to money laundering and bribery charges, is the US government’s star witness in its case against alleged fraudster Roger Ng. Ng, who has pleaded not guilty, is alleged to have conspired with his then-boss, Leissner, and fugitive Malaysian businessman Jho Low in a scheme to defraud the 1MDB sovereign development fund. Leissner has struck a deal with the government whereby he has pleaded guilty in exchange for his cooperation in the federal prosecution of the 49-year-old Ng. He testified last week that he carried on several extramarital affairs and that he falsified divorce papers and exchanged vows with two women even though he was legally wed to his previous spouse.