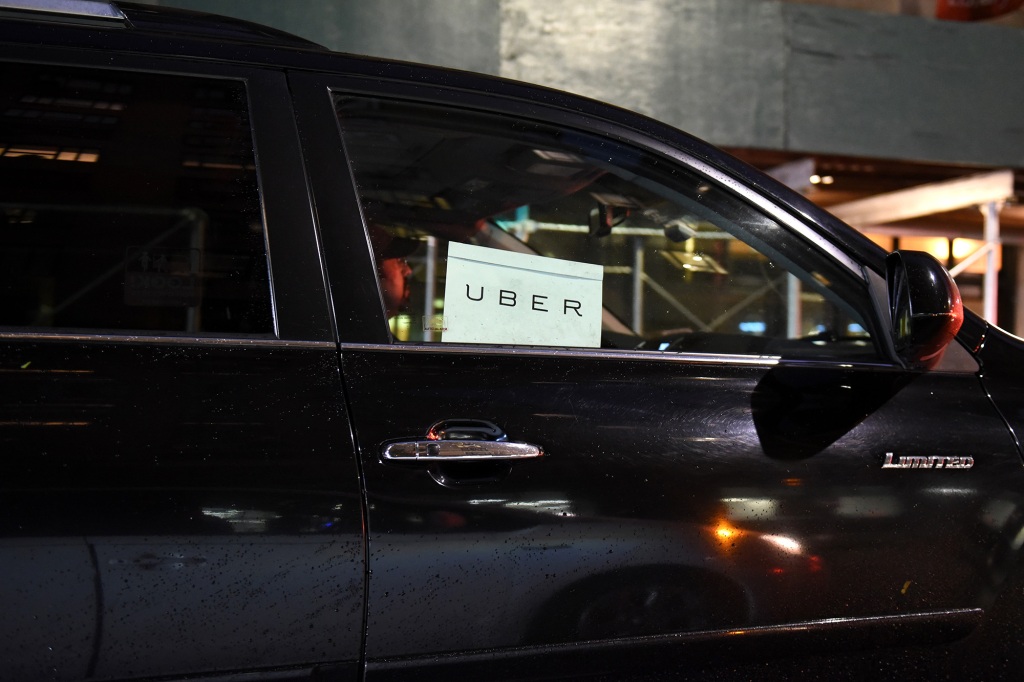 Lyft suspended its surge pricing citywide Tuesday after the horrific subway attack that injured at least 29 people — and even as its larger competitor Uber stubbornly limited its own suspension of demand-based rates to Brooklyn where the shooting occurred. The shooting around 8:30 a.m, snarled train service across the city for hours and left fearful New Yorkers scrambling for rides. “I’m pretty scared to take the subway,” said a Midtown office worker who identified herself as Tricia. “Luckily, my boss is letting my team expense Ubers [and] Lyfts home today.” Lyft spokeswoman Katie Kim said the company’s “Prime Time” pricing was suspended during the afternoon but did not say exactly at what time. An Uber spokeswoman said her company had instituted a “cap” on all prices but did not specify an amount. Meanwhile, Uber only suspended its surge pricing in the borough of Brooklyn, which includes the Sunset Park neighborhood where the shooting occurred. fare surge after a mass shooting in brooklyn when subways are shut down. shame on you @Uber pic.twitter.com/1qoKlPJhl3— Captain Harvel (@harharbinks) April 12, 2022 But as of 4:40 p.m., an Uber trip from Sunset Park to Manhattan still cost more than double the price of a similar trip using Lyft. Both Uber and Lyft initially appeared to implement surge pricing — which involves upping prices when demand is high — for at least some customers in the area after the attack. “Fare surge after a mass shooting in brooklyn when subways are shut down,” one Twitter user wrote, accompanied by a screenshot of Uber offering an $85.05 ride to Manhattan that the user said was taken at 10:40 a.m. “Shame on you @uber.” The user, who posted under the Twitter name Captain Harvel, is Harleigh Tensen. She told The Post she needed to get a ride to a doctor’s appointment in Manhattan. Another New Yorker shared a screenshot of a $68.49 ride from Sunset Park to Long Island City in Queens around the same time. ⁦@Uber⁩ turn off surges in sunset park. People are scared, let them get out safely pic.twitter.com/e31KIPE3ND— Shannon McDonagh (@shananigans022) April 12, 2022 “@Uber turn off surges in sunset park,” the user wrote. “People are scared, let them get out safely.” Shortly after The Post asked Uber for comment, spokeswoman Freddi Goldstein said the company had suspended surge pricing in the “vicinity,” which an Uber spokesman later said encompassed all of Brooklyn. “Following the incident, Uber disabled surge pricing in the vicinity and capped pricing citywide,” Goldstein told The Post. “If anyone on our platform experienced unintended charges during this emergency, we will work to get them refunded. “Our hearts go out to the victims of this morning’s terrible shooting in Sunset Park,” she added. “As always, Uber strives to be a resource for New Yorkers aiming to get around New York City.” Goldstein did not specify what time Uber suspended surge pricing. Uber users expressed frustration to be saddled with sky-high for-hire vehicle rates. “@Uber @lyft the subway shooter is still at large and people are scared to take the subway,” Twitter user @cassievan posted. “You should NOT be increasing fares due to high demand because people are afraid to take the train.” A Brooklyn Lyft rider, meanwhile, shared a screenshot earlier Tuesday of a $69.85 fare with a “limited availability” warning. “Didnt see anything about ‘Shooting Surge Pricing’ in @lyft terms of use,” the Twitter user said. “Someone tell Lyft’s AI bot that surge pricing should not apply as a result of a mass shooting,” another Twitter user wrote. On Tuesday afternoon, Lyft initially told The Post it would give partial refunds to riders who had been overcharged. “We are actively monitoring the situation in Sunset Park and have currently suspended Prime Time pricing for riders who are in the area,” spokeswoman Katie Kim told The Post. “We are working to adjust fares for certain riders who paid Prime Time prices when the situation first unfolded.” This isn’t the first time Uber and Lyft have been accused of upping prices after a tragedy. Following a 2017 blast near the Port Authority in Midtown Manhattan, both apps coughed up refunds to riders who said they had been charged exorbitant fares as they tried to flee the scene. Anyone with information on the shooting should call the NYPD’s Crime Stoppers Hotline at 1-800-577-TIPS or log onto the CrimeStoppers website.