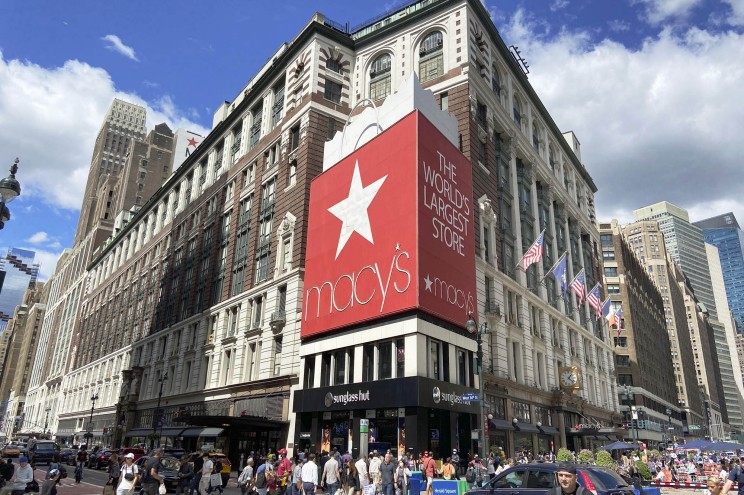 Macy’s said Monday it is rejecting an activist investor’s call last year to split off the dot-com business of the nation’s largest department store. “We are more confident as one integrated company,” chief executive Jeff Gennette said in a statement after the retailer turned in strong financial results for its key fourth quarter. Macy’s shares were recently up about 4% in early morning trades. Activist investor Jana Partners, which had taken a 1.5% stake in the company last year, had urged Macy’s to spin off the online business like its luxury department store rival Saks Fifth Avenue had done last year. Jana said at the time that Macy’s online business could be worth $14 billion – or twice as much as Macy’s market value. Macy’s had been working with the same consulting firm – AlixPartners – that had advised Saks. Gennette said Macy’s board decided against a split after a four-month “comprehensive review of the company’s e-commerce and brick and mortar operations.” “Key to the board’s decision-making,” he said in a statement “were the high separation costs and ongoing costs from operating separated businesses, as well as high execution risk for the business and the company’s customers.” Jana Partners recently cut its stake in Macy’s by 84%, according to a regulatory filing. The company beat Wall Street’s expectations for the fourth quarter ended Jan. 29, with comparable sales increasing 28% from a year ago. Overall sales also rose 28% to $8.7 billion. Net income rose to $742 million or $2.44 a share from $160 million and 50 cents per share.