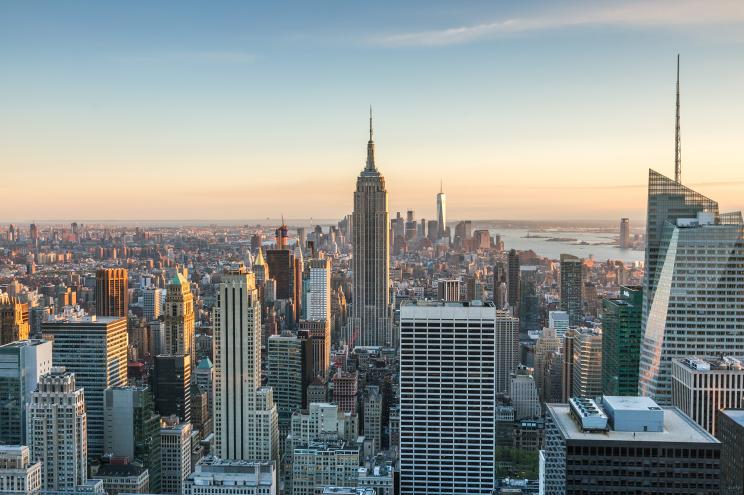 Sales of residential real estate in Manhattan hit a record $7.3 billion in the first three months of this year as the market continues to roar back from the coronavirus pandemic. The first quarter saw 3,585 sales in the borough, up 45.9% year over year and 48.9% higher than pre-pandemic levels. The number of sales was the highest number ever, according to a report co-authored by Miller Samuel and Douglas Elliman. The average price of an apartment in Manhattan increased by 19% over the first quarter of last year — jumping to $2,042,113. Demand continues to be red-hot in the city, as listing inventory declined 4.4% to 6,906 for the third consecutive quarter. The months of supply — which is the number of months it takes to sell all listing inventory at the current sales rate — was 5.8 month, which is 34.1% faster year over year and 23.7% during the same period before the onset of the pandemic. This was third consecutive quarter that a record-high amount in sales was reported, according to the study. The report also found that the median sales price rose 10.7% year over year. While property owners benefited, tenants who are renting co-ops and condos have seen rents surge in the city since the start of the pandemic. In the 12-month span starting in January of last year, rents in the city have risen 33%, which is almost double the national average and the highest spike among America’s largest cities, according to a study cited by The New York Times. Just before the pandemic, the median price of rent throughout the city was $2,900. In the first year of the pandemic, rents dropped by around 14%. This past January, median rental prices climbed back again to $2,895. The sharpest fluctuations have been in some of the city’s wealthiest neighborhoods, including the Williamsburg section of Brooklyn and the Upper West Side. The median rent in those areas dropped by around 20% between January 2020 and January 2021.