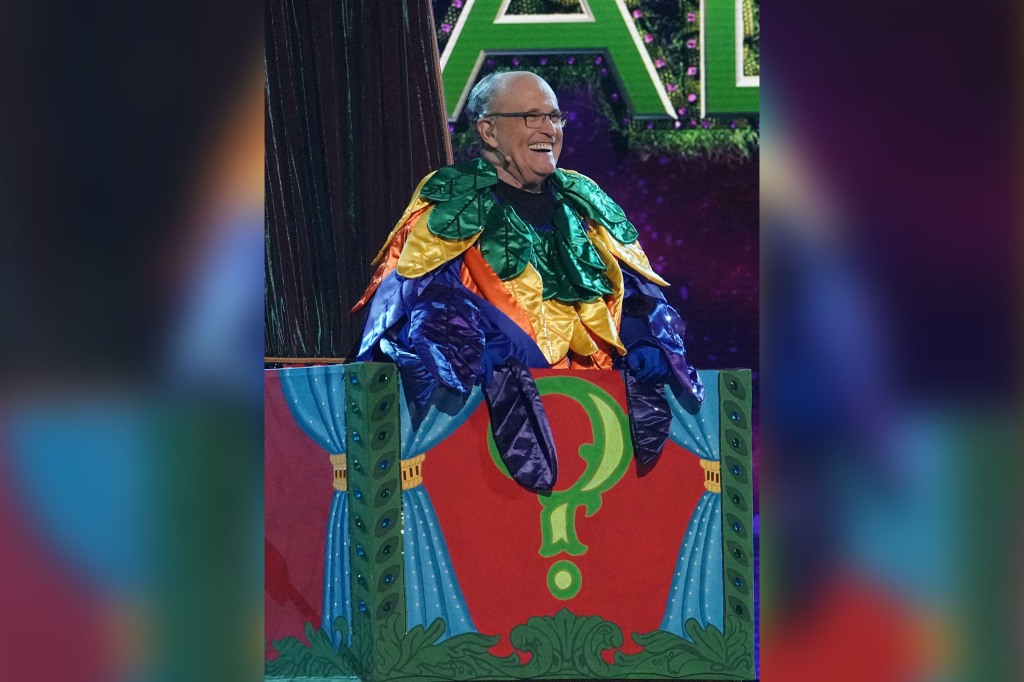 Rudy Giuliani’s presence alone stirred up primetime drama during Wednesday night’s episode of “The Masked Singer” as judge Ken Jeong stormed off stage when the former mayor was unveiled as the secret contestant dressed as a giant rooster. In a segment taped months ago, Giuliani popped out of a jack in the box while singing a rendition of “Bad to the Bone” — leaving Jeong to say “I’m done” before heading backstage. Some crowd members gasped in disbelief as the panelists struggled to identify the contestant as the man who spearheaded an effort to overturn the 2020 presidential election. “Is that Robert Duval?” judge Nicole Scherzinger asked. “No …. that’s not Robert Duval,” Ken Jeong replied, clearly unamused. “I broke a thousand hearts before I met you. I’ll break a thousand more, baby, before I am through,” the thrice-divorced former New York City mayor squawked. “It can’t get badder than that,” judge Robin Thicke quipped about the jarring rendition. Not everyone onstage was taken aback. Scherzinger and fellow judge Jenny McCarthy enthusiastically applauded Giuliani and danced to his rendition of “Bone” as the credits rolled. The Republican told host Nick Cannon he was inspired to be on the show to set an example for his new grandchild, the daughter of New York GOP gubernatorial candidate Andrew Giuliani. “I just had a granddaughter, Grace, and I want her to know that you should try everything, even the things that are completely unlike you and unlikely — and I can’t think of anything more unlike me and unlikely than this,” Giuliani explained. In the wake of the 2020 presidential election, Giuliani repeated unproven conspiracy theories and called for “trial by combat” to overturn the legitimate election results. His law license was suspended in New York by judges who determined that he made “false and misleading statements” related to voter fraud. The show gave a clue about Giuliani’s identity by referencing Four Seasons Landscaping — a Philadelphia gardening company where Giuliani infamously held a post-election press conference when it was booked instead of the Four Seasons hotel.