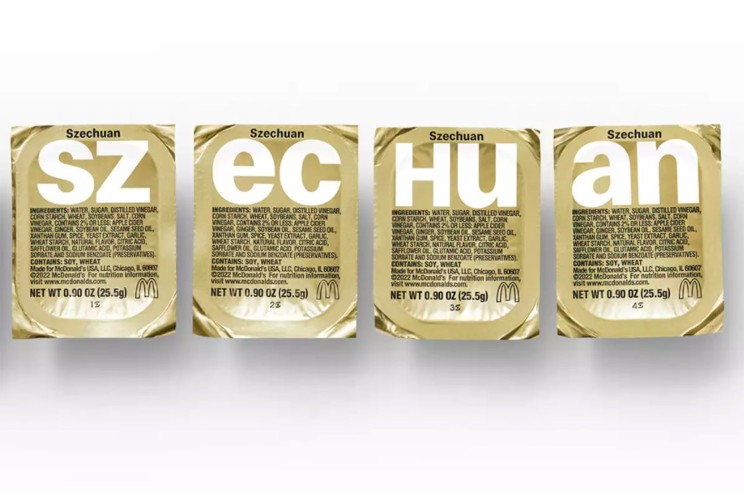 Fans of McDonald’s Chicken McNuggets are in for a treat — the return of the cult favorite Szechuan sauce. The Chicago-based fast food giant announced that customers will have the option of ordering the special sauce for free alongside an order of nuggets through its app beginning on March 31. But lovers of the dip, which is a mix of soy, garlic, ginger, and mild vinegar, will have to hurry, since it will only be available for a limited time only. Customers will also have the option of purchasing five sauces a la carte. This is just the fourth time in the last 24 years that McDonald’s has made the Szechuan sauce available to customers. The coveted dip was first released in 1998 as part of a promotional tie-in for the Disney flick “Mulan” and returned to the Golden Arches in very limited supply for one day only in October 2017. The fanfare surrounding the sauce was so intense that some customers paid up to $10 a packet for the stuff. One man even traded his Volkswagen to get his hands on the condiment. When McDonald’s ran out of the sauce, it faced an angry backlash from eager customers who threatened to sue. One fast food fanatic even claimed to have paid $14,700 on eBay for the discontinued dipping sauce.