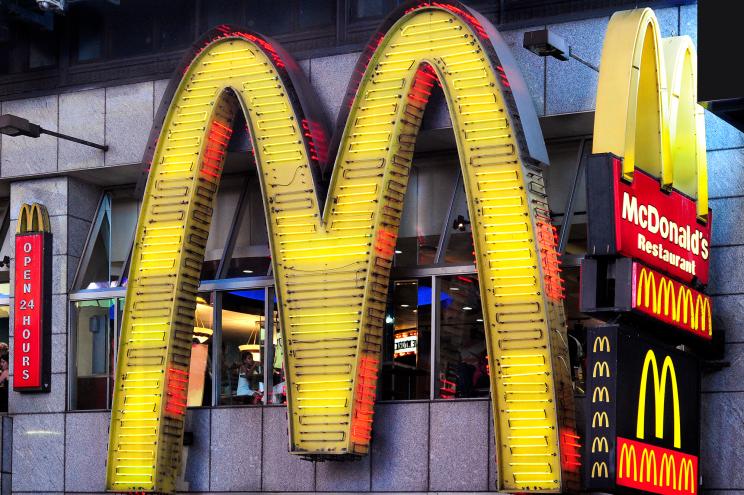 McDonald’s shareholders will consider a proposal later this spring on whether to conduct a civil rights audit of its operations – a vote that will occur after the feds rejected the company’s effort to quash the initiative. The fast-food giant asked the SEC in January to leave the proposal out of its annual proxy, arguing the proposed audit would interfere with its legal defense against lawsuits raised black franchisees and employees who allege racial discrimination and unfair treatment. The SEC shot down McDonald’s request – meaning a potential civil rights audit will be on the ballot at the company’s upcoming shareholders meeting. “We are unable to concur in your view that the company may exclude the proposal,” the SEC said in an April 5 letter to McDonald’s obtained by Bloomberg. “In our view, the proposal transcends ordinary business matters.” The push for McDonald’s to conduct an independent audit of its policies began last November, when advisory firm SOC Investment urged the company to enact a third-party review to fill in alleged gaps in its diversity disclosures. The firm previously argued that McDonald’s was attempting to “skirt accountability” by preventing a vote on the measure. “McDonald’s shareholders will have their rightful opportunity to urge the fast-food chain to conduct a third-party assessment of its commitments to civil rights,” SOC Investment executive director Dieter Waizenegger said in a statement to Bloomberg. “This audit would encompass a review of policies on racial justice and sexual harassment — issues that are front-and-center for workers, consumers, McDonald’s did not immediately return a request for comment. McDonald’s has faced multiple lawsuits from black franchisees who have accused the company of racial discrimination. Last December, the company settled a lawsuit with one franchisee who argued McDonald’s steered him toward less-profitable restaurant locations. Another lawsuit on behalf of 77 black former franchisees is still pending. McDonald’s has taken steps to address concerns about its commitment to equality, pledging that at least 35% of its leadership roles will be filled by candidates from historically underrepresented groups by 2025. The company also pledged $250 million over five years to increase the number of its minority-owned franchise locations around the US, the Chicago Tribune reported. McDonald’s is the latest in a growing number of companies to face shareholder pressure over civil rights issues. Apple shareholders voted to approve a similar third-party audit of the iPhone maker’s operations during the company’s shareholder meeting in March.