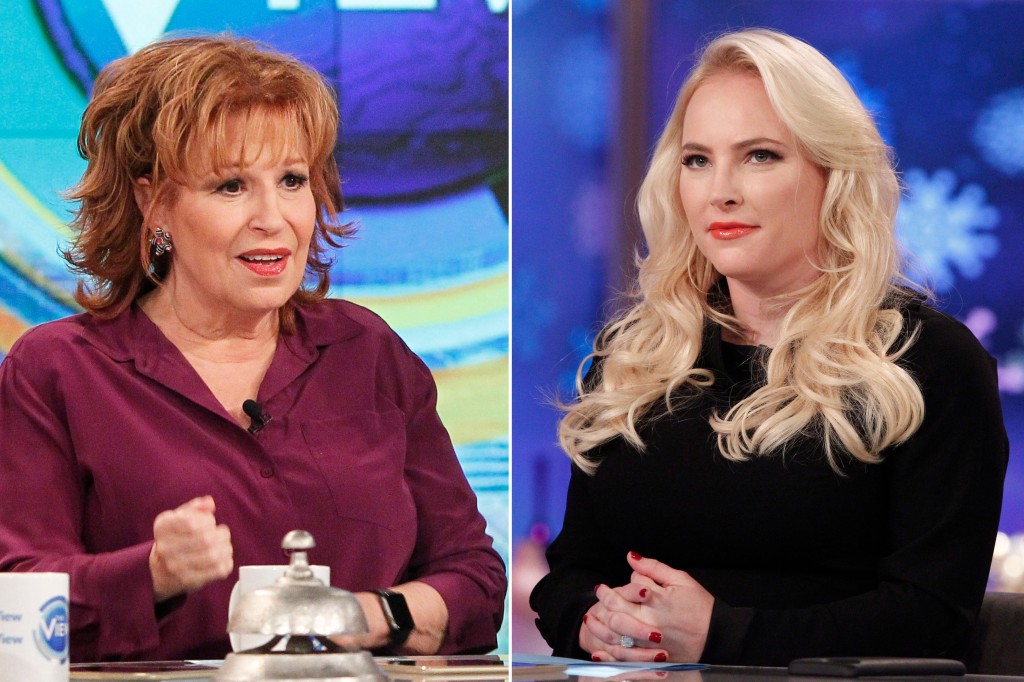 Meghan McCain and Joy Behar weren’t feeling the love for each other this Valentine’s Day. The former “The View” cohost went to war with the current host on Twitter on Monday after McCain, 37, posted a tribute to her husband Ben Domenech for the special day of love. The post featured a snap of the couple together with McCain writing, “Happy Valentines Day @bdomenech – I love you and am grateful every day for the life we have together.” A user then replied to the conservative talk show host and tweeted, “Does every thought and sentiment need to be on Twitter?” To which Behar, 79, responded in a now-deleted tweet, saying: “Apparently.” A short while later, McCain posted screenshots of the thread and wrote, “Imagine spending your Valentine’s Day trolling your ex-colleague’s tweet about her husband.” Fox News weather reporter Janice Dean joked to McCain that Behar “can’t quit you.” However, the Daily Mail columnist failed to see the humor and replied back to Dean, “It’s pathetic and it creeps me out.” Imagine spending your Valentines Day trolling your ex colleagues tweet about her husband. pic.twitter.com/XjK0wcW5ny— Meghan McCain (@MeghanMcCain) February 14, 2022 McCain wrote in another since-deleted tweet that leaving “The View” is “like having ex’s who won’t stop drunk texting you.” The mother of one left the ABC talk show last July and revealed at the time that she wanted to leave so she could set up a house in Washington D.C. with her husband and daughter Liberty. In October, McCain claimed in her audio memoir, “Bad Republican,” that she felt like her colleagues, including current cohosts Whoopi Goldberg and Behar, had bashed her for having conservative views while she was suffering from postpartum anxiety. McCain recently slammed the 2022 Beijing Olympic Games last week and said she wouldn’t be watching them, tweeting her thoughts about the city’s alleged human rights violations on Feb. 7. “There is no reason to watch a Winter Olympics that is holding up and spreading propaganda for a regime that is committing actual genocide and ethnic cleansing,” she said. “On top of poisoning the world and killing 6 million people. Absolute shame on the international community for this.” On Instagram, she also made her feelings known to her followers. She shared a piece of artwork by Chinese artist badiucao, saying: “I will not watch one minute of the @Beijing2022#GenocideGames.”