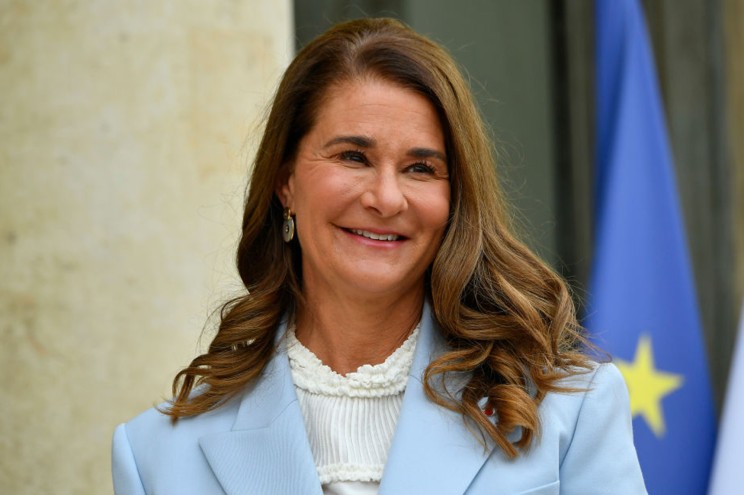 Billionaire Melinda French Gates will no longer give the bulk of her fortune to the foundation she started with her ex-husband, Microsoft founder Bill Gates, according to a report, which cites people familiar. French Gates had committed to giving the bulk of her personal fortune — estimated at around $11 billion — to the Bill & Melinda Gates Foundation, one of the world’s largest with more than $50 billion in assets. But now she will spread the money around to other philanthropic causes, the Wall Street Journal reported, citing the people familiar with the matter. Her apparent decision follows her divorce last year from the Microsoft founder. Still, French Gates, 57, will maintain her commitment to the Giving Pledge, a campaign by some the world’s richest individuals to give away the majority of their wealth, the WSJ reported. The change in giving strategy, which hadn’t been previously reported, was actually enacted last November, the report said. That’s when French Gates published her first individual letter detailing her commitment to the Giving Pledge after her divorce from Gates was finalized. The couple previously had a joint commitment to the campaign. “I recognize the absurdity of so much wealth being concentrated in the hands of one person, and I believe the only responsible thing to do with a fortune this size is give it away — as thoughtfully and impactfully as possible,” French Gates said in her new Giving Pledge letter. “The ultimate goal of any philanthropist should be to render the need for philanthropy obsolete.” A representative for the Bill & Melinda Gates Foundation declined to comment on French Gates’ decision. In 2015, French Gates founded Pivotal Ventures, a charitable organization supporting “innovative solutions to problems affecting US women and families.” She mentioned that initiative in her Giving Pledge letter. French Gates has a personal net worth of more than $11 billion, according to Bloomberg. French Gates hasn’t ruled out future donations to the foundation that bears her name. The former couple made a joint donation last July. Last month, the pair jointly appointed a new board of trustees for the foundation. French Gates remains a co-chair with involvement in its operations, and the former couple still makes occasional joint announcements regarding the foundation’s initiatives. The couple finalized their divorce in August 2021. In a December blog post, Bill Gates described 2021 as the “most unusual and difficult year of my life.” Gates has faced scrutiny in recent months over allegations that he engaged in inappropriate relationships with subordinates during his time at Microsoft. Earlier this year, the company announced an independent probe into its handling of the investigation into the allegations.