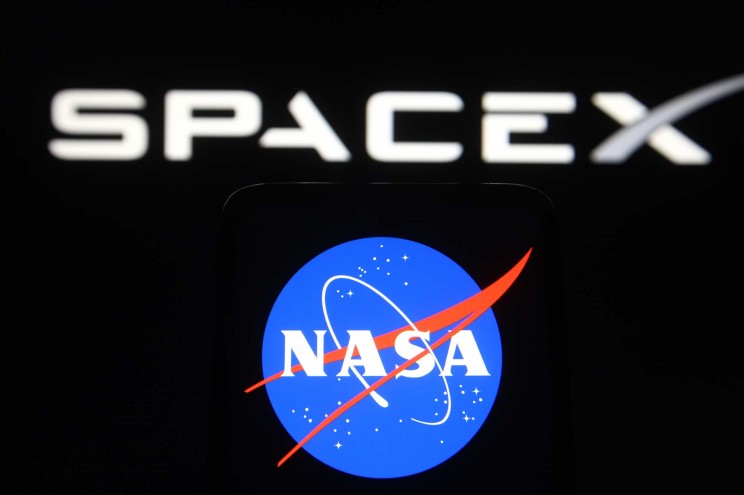 NASA is concerned that Elon Musk’s ambitious satellite launch plan will turn space into the equivalent of a busy intersection – with potentially dangerous consequences for astronauts, the International Space Station and early asteroid detection. The federal space agency detailed its worries in response to a proposal from Musk’s SpaceX, which is seeking approval to launch an additional 30,000 satellites into orbit to form a second-generation “constellation” for its Starlink broadband internet service. In a letter to Federal Communications Commission, the agency tasked with vetting SpaceX’s plan, NASA officials warned “such a significant increase in total object volume” would hamper its ability to direct space traffic and cause “possible impacts to NASA’s science and human spaceflight missions.” “If NASA were unable to receive reliable and timely conjunction notifications the quality of the on-orbit protection provided to NASA would be degraded and the safety of the International Space Station (ISS) and all other NASA assets may be impacted,” the NASA officials cautioned. NASA also noted internal estimates that there would “be a Starlink in every single asteroid survey image taken for planetary defense” if the plan were to proceed. “This could have a direct impact on NASA’s ability to fulfill its Congressional mandate and could have a detrimental effect on our planet’s ability to detect and possibly redirect a potentially catastrophic impact,” NASA officials said. SpaceX representatives did not immediately return a request for comment. NASA’s warnings marked another headache for SpaceX, which has drawn scrutiny over its satellite launches in recent months. In December, China said it filed a formal complaint with the United Nations, asserting that astronauts on its space station were forced to take evasive maneuvers due to a close encounter with SpaceX satellites. European Space Agency director-general Josef Aschbacher has also questioned the firm’s actions, grumbling to the Financial Times that Musk owned “half of the active satellites in the world.” Musk slammed the assertion that SpaceX’s launches were blocking rivals in a subsequent interview with the outlet. “Space is just extremely enormous, and satellites are very tiny,” the billionaire told the Financial Times. “This is not some situation where we’re effectively blocking others in any way. We’ve not blocked anyone from doing anything, nor do we expect to.” In its FCC application, SpaceX asserted that there was zero risk of a collision between one of its satellites and a NASA spacecraft because both vessels could maneuver. NASA criticized that claim in its letter. “Considering multiple independent constellations of tens of thousands of spacecraft and the expected increase in the number of close encounters over time, the assumption of zero risk from a system-level standpoint lacks statistical substantiation,” NASA said in the letter. As of mid-January, Musk said SpaceX had about 1,500 active Starlink satellites in orbit, with hundreds more soon to be active. The plan to launch an additional 30,000 satellites is just the start of the private space firm plans to eventually operate a massive constellation to facilitate its internet service.