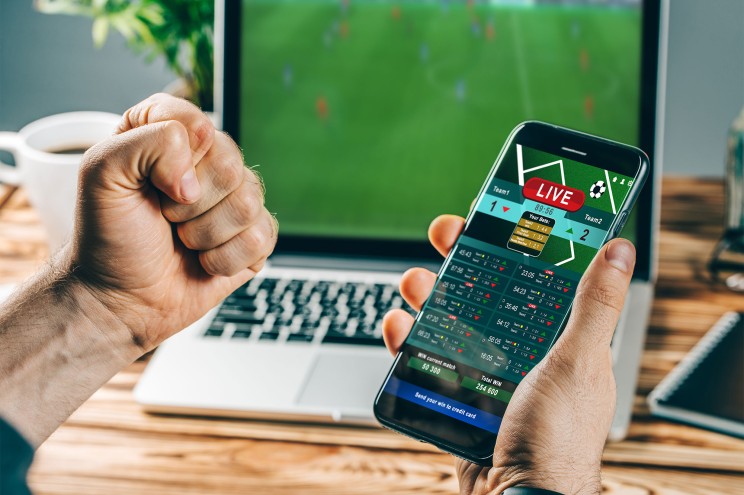 Legalized mobile sports betting in New York has generated nearly $2 billion in wagers and $70 million in state tax revenues during the first 30 days of operation — and that doesn’t yet factor in bets made during Sunday’s popular Super Bowl football game. Gov. Kathy Hochul applauded the record-shattering figures compiled by the state Gaming Commission. “Over the past month, we’ve seen how mobile sports wagering can be an economic engine for New York, driving significant funding to our schools, youth sports, and so much more,” Governor Hochul said. “‘As this new industry continues to grow, New York will make sure we have the resources and guidelines in place to make it a success for all.” Mobile sports phone app internet sports betting launched on January 8 and has yielded more than $1.98 billion in wagers. The wagers produced more than $138 million in gross revenues for sports betting operations. New York imposes a steep 51 percent tax rate on sport betting revenues, resulting in $70.6 million in tax revenue for state coffers. Under the law, the money is earmarked for education and youth sports programming, property tax relief and compulsive gambling treatment. The figures from Sunday’s Super Bowl will be included in the weekly Mobile Sports Wagering Reports reported to the gaming commission on Friday, state officials said. The seven authorized mobile sports platforms include Caesars, DraftKings, FanDuel, Rush Street Interactive, Bet MGM, Points Bet and Wynn Interactive. More than 1.76 million unique player accounts were utilized for more 187 million transactions since last month’s launch, according to GeoComply, a software firm used by sportsbooks that check bets placed geographically in New York State. The law requires that patrons place bets physically within state boundaries. Wagers included more than $600M on football, over $540M on basketball and nearly $80M on hockey.