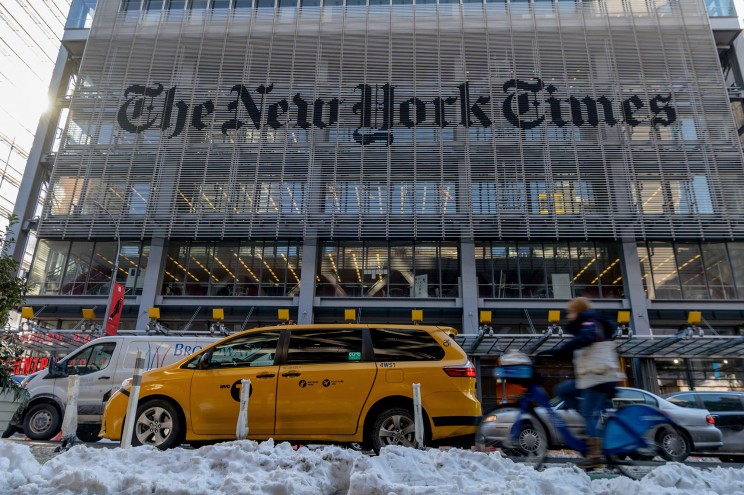 Senior executives at The New York Times urged some 600 tech employees to vote against forming a union, warning them that it was an “unproven experiment with permanent consequences,” according to a report. Internal memos and Slack messages obtained by the Guardian detail the extent to which Times management is alleged to have sought to dissuade workers in the company’s “XFun” department to unionize. “XFun” is the name given to the “cross-functional teams” that work collaboratively in various Times departments, including data, design, engineering, and marketing. Meredith Kopit Levien, CEO of The New York Times Company, circulated a Jan. 19 memo to staff in titled “Why a Tech Union Isn’t Right for Us,” according to the report. “In short, we don’t believe unionizing in XFun is the right move. But that’s not because I’m anti-union,” Kopit Levien wrote. She wrote that the XFun group had grown alienated by working apart during the lockdown and that sentiment was driving the unionization efforts. Kopit Levien also claimed that the XFun workers were being negatively influenced by management’s recent labor tussle with employees of Wirecutter, the product-review site. Wirecutter workers recently signed a new contract with Times management after a prolonged labor dispute that included a staffer walkout on Black Friday. “It took Wirecutter two years to reach an agreement with the NewsGuild,” according to the memo. “And the result of those prolonged Wirecutter negotiations was a set of terms that are, in most ways, what the rest of the company already enjoys.” Other Times executives, including chief product officer Alexandra Hardiman and chief growth officer Hannah Yang, posted messages on Slack urging workers to reject unionizing, according to the report. “A union is not a silver bullet,” wrote Hardiman, the report says. “It will introduce another layer into our process that we believe will make it harder to work — and achieve — together.” A spokesperson for the Times denied that the company was anti-union. “We decided to call for a free and fair election process because we understood that our employees have a range of opinions on the proposed union in technology,” the spokesperson told The Post. “Managers and senior leaders have been sharing their thoughts with employees. Similarly, employees have been sharing their views, both in support of and against this union, with each other as well …”