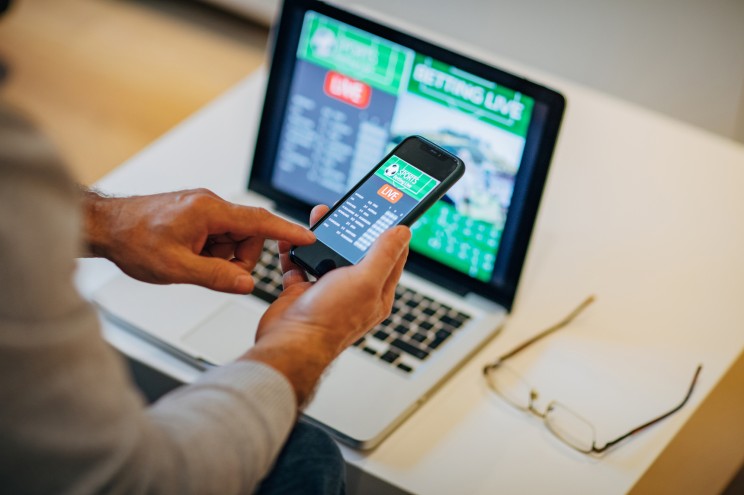 Watch out, Las Vegas: New York looks poised to steal the title of the nation’s sports betting capital. Residents across the Empire State placed a whopping $1.17 billion worth of bets on mobile wagering apps in the first month that the service was legally available to consumers, according to state data. That surpasses the $1.015 billion that Nevada residents spent on online sports betting in December, although it falls short of the $1.23 billion in New Jersey wagers during the same period. January figures for New Jersey and Nevada aren’t yet available. Nevada, New Jersey and New York are the only three states that top $1 billion in monthly wagers. Intense demand for sports wagering has observers predicting that New York could set a one-day record on Super Bowl Sunday. The big game, which will be played in Los Angeles a week from Sunday, pits the Cincinnati Bengals against the Los Angeles Rams. In 2018, Nevada set the one-day record for mobile sports betting as residents there wagered $158.6 million. New York, the fourth most populous state in the country, is poised to break the record this year given that the Empire State has a population six times that of Nevada, which counts 3 million residents. “New York has exceeded all our expectations,” Rush Street Interactive COO Mattias Stetz told the Albany Times-Union. The company is the owner and operator of the BetRivers app, which is affiliated with Rivers casino. Last month, the New York State Gaming Commission gave the green light to four mobile apps — Caesars Sportsbook, DraftKings, FanDue, and Rush Street Interactive — to begin operating. The gambling craze has lawmakers in New York pushing for casinos to be allowed to operate in or near the city. Gov. Kathy Hochul’s $216.3 billion budget proposal allows for three new gambling parlors to apply for permits to operate downstate. Supporters say that granting licenses to casinos could generate revenue upwards of $1 billion annually. Mobile sports betting is only allowed to consumers who physically live in the states where they are legal. Sports betting through apps is legal in some two dozen states, including Pennsylvania, Massachusetts, Arizona, Colorado, Illinois, Louisiana, Tennessee, and Michigan. California, the nation’s most populous, has yet to legalize mobile sports betting.