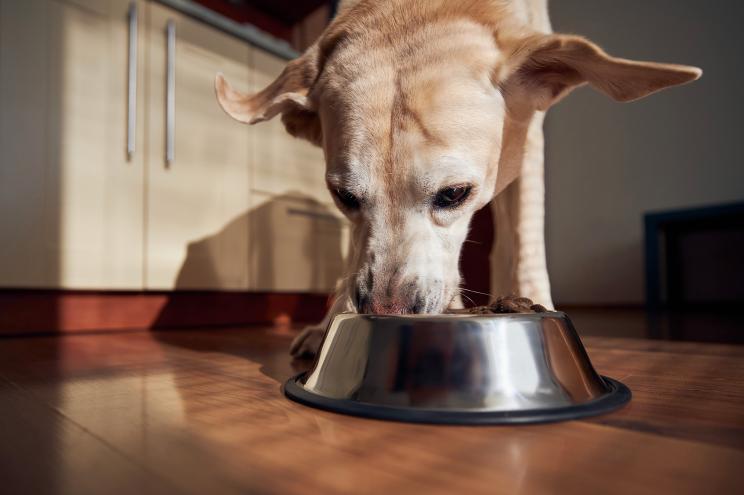 A New Jersey-based pet food company agreed to halt the sale of its products after federal officials say it had been operating under “grossly insanitary conditions” and produced pet food contaminated with bacteria. According to the Food and Drug Administration, Bravo Packing Inc. agreed to stop selling, manufacturing and distributing its raw pet food until it comes into compliance with the Federal Food, Drug and Cosmetic Act (FD&C Act). Representatives for Bravo Packing did not respond to FOX Business’ request for comment. A federal judge “entered a consent decree against” Bravo Packing for violating public safety standards under Part 507 of the Food Safety Modernization Act (FSMA) Preventive Controls for Animal Food Regulation, which requires “animal food facilities take adequate precautions to prevent animal food from becoming contaminated.” The section also requires that “all food manufacturing, processing, packing and holding is conducted under the conditions necessary to minimize the potential for the growth of undesirable microorganisms to protect against the contamination of animal food,” according to the FDA. Bravo Packing, Inc. Expands Previously Announced Voluntary Recall of Pet Food Products Due to Potential Salmonella and Listeria monocytogenes Health Risks to Humans and Animals https://t.co/IfzvhvnJUI pic.twitter.com/EzmD9nnrxt— U.S. FDA Recalls (@FDArecalls) March 17, 2021 A consent decree of permanent injunction between the FDA and the company, “prohibits the defendants from receiving, preparing, processing, packing, holding, labeling, and/or distributing pet food unless and until the company completes corrective actions,” according to the FDA. It also allows the federal agency to order “a shutdown, recall, or other corrective action in the event of future violations and requires the defendants to pay the costs of inspections performed pursuant to the decree.” The FDA said it conducted facility inspections in 2019 and 2021 and issued a warning letter to Bravo Packing in 2020. During its inspections, federal officials say they “found evidence of significant food safety violations including grossly insanitary conditions.” According to the FDA, “multiple samples of finished raw pet food products collected” tested positive for salmonella, which can lead to illness in both pets and humans. Some of those finished samples as well as environmental samples also tested positive for listeria monocytogenes, according to the FDA. “The food we give our pets should be safe for them to eat and safe for people to handle,” Steven Solomon, FDA director for the Center for Veterinary Medicine, said in a statement. The agency “has taken this action to protect public health because, despite multiple inspections, notifications of violations, and recalls, this firm continued to operate under insanitary conditions and produce pet food contaminated with harmful bacteria,” Solomon continued. In March 2021, the company issued a recall for some of its pet food over concerns that it may be contaminated with salmonella and listeria. A few weeks later, the company expanded the recall to include more pet food products.