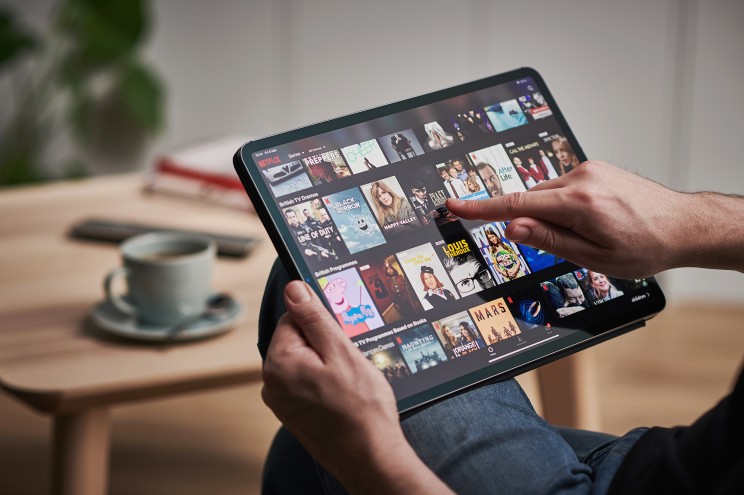 More like Netflix and bill. The days of freeloading off a friend’s Netflix account could soon be over: As part of an ongoing campaign to crack down on rampant password sharing, the California-based streaming giant unveiled plans to charge primary account holders extra for users outside their households. “For the last year, we’ve been working on ways to enable members who share outside their household to do so easily and securely, while also paying a bit more,” Chengyi Long, Netflix’s director of product innovation, wrote in a blog post. The streamer had previously ignored extra-familial account sharing despite banning the rampant practice (sharing among those who live in the same household is still permitted). However, they decided to make a change after deeming that “impacted our ability to invest in great new TV and films for our members.” Now, the company is testing a new feature in Chile, Peru and Costa Rica that allows Standard and Premium plan holders “to add sub-accounts for up to two people they don’t live with — each with their own profile, personalized recommendations, login and password,” per the site. These will run subscribers 2,380 CLP in Chile, 2.99 USD in Costa Rica and 7.9 PEN in Peru. Additionally, the pilot program permits subscribers to transfer user profiles to new accounts — which would, in theory, inspire freeloaders to pay for their own plans. Nonetheless, many streaming devotees weren’t thrilled with the proposed policy, which they deemed just another way to strong-arm customers for extra cash. “Netflix will lose a lot of customers if they do this password-sharing crackdown they plan to do,” fumed one displeased customer on Twitter. “Charging extra and crap. Especially when they don’t carry a lot of good content anymore like some of the other streaming apps.” Another deemed the measure unfair as it penalized family members who don’t live in the same household. “How do you expect families to handle password sharing in the case of divorcees, their children or college students away from home?” they wrote. “We already pay a lot for it, now you’re just milking us for every dollar spent.” Fortunately, Long said that Netflix will be “working to understand the utility of these two features for members in these three countries before making changes anywhere else in the world.” The trial is part of the streamer’s ongoing campaign to ensure revenue is not lost as the streaming space has grown increasingly competitive. According to an analysis by research firm Parks Associates, password piracy and sharing cost streaming providers $9.1 billion in 2019 alone. The firm estimates that figure will rise to $12.5 billion by 2024. In a similar cash-saving policy two months ago, Netflix hiked its monthly subscription prices by $1 to $2 a month in the US, depending on the plan, in order to help it pay for programming costs.