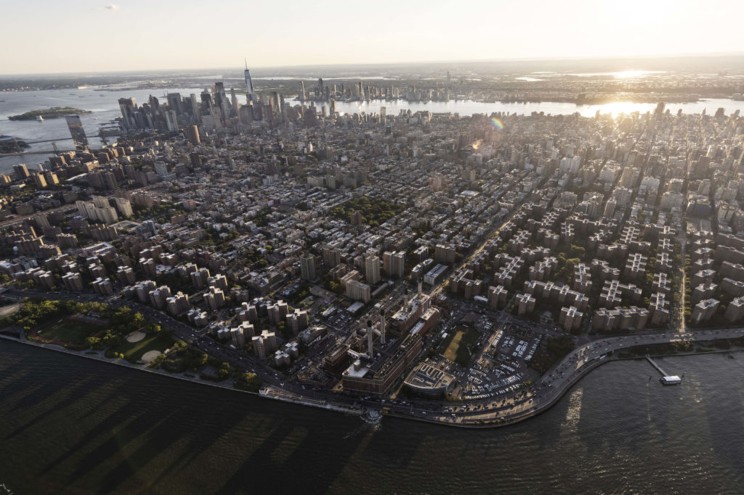 New York City’s byzantine property tax system has left homeowners with increasingly burdensome obligations that have pushed them deeper into debt — and may eventually give some no choice but to leave. Property taxes for low- and middle-income New Yorkers who own units in co-ops and condos have seen their bills double or triple in a span of two decades as real estate values have soared — a product which expert say is the result of a broken system. An analysis by Bloomberg found that in many cases middle- and low-income residents pay higher rates of property tax than the owners of multi-million dollar brownstones. That’s because New York State’s 1981 overhaul of the city property tax system favored residential units no higher than three stories, which are usually single-family homes or offices with one or two attached apartments. These units, so-called “Class 1” properties, are given preferential status whereby the system caps the rate at which their taxes are increased in relation to their assessed market value. Meanwhile, no such cap is applied for owners of “Class 2” properties, which include units in rental buildings, co-ops, and condos. Other properties that were categorized as commercial, industrial, or utility could also see their taxes go up at higher rates than Class 1 units. That means a co-op building on Staten Island that houses middle-income New Yorkers pays more in property taxes every year — $327,000 — than a brownstone in tony Park Slope, Brooklyn, which only pays $50,000 per year in property taxes. Since the brownstone is valued at $5.17 million and the Staten Island co-op is assessed at $6.96 million, the former’s property tax rate is a paltry .002% while the latter’s burden is 4.5% — or 2,000% higher than the brownstone. For Class 1 buildings built before 1981, the city’s property tax system invents an “assessed value limit” which means that the government can only increase its property taxes by 6% regardless of its market value. Other residential properties that fall under Class 2 like the co-op in Staten Island have no such cap protections, so their assessed value rises in proportion to their worth in the real estate market. Bloomberg’s analysis of tax documents found that the owner of a 900-square-foot apartment on Staten Island pays a higher annual property tax bill — $4,500 — than those who own a 2,000-square-foot single-family home, who pay $4,000. “One of the goals was to protect Class 1 properties and to limit the increases in taxes that they would face,” George Sweeting of the New York City Independent Budget Office told Bloomberg. “Those protections have worked pretty well.” But even those in Class 1 properties who live on a fixed income have had trouble keeping up with the increasingly burdensome tax bill fueled by rising real estate values. Kathryn Donnelly of Kew Gardens Hills, Queens has seen her annual tax bill rise from $4,000 in 2001, when she bought her home, to almost $15,000 today. That’s because the value of her home has soared to $1.48 million — and it is likely to go up even further. “I make a decent living but not to the point where I don’t have to worry about money,” she said. “I just find that living here is getting more and more difficult. I am going to have to work until I die.” State and city lawmakers have tried to address the inequity by adding tax abatements and other measures to reduce the burden, but most residents aren’t aware these benefits exist due to the amount of bureaucratic red tape they must navigate. “This is an egregious, broken system that needs attention,” tax attorney Jeff Golkin said.