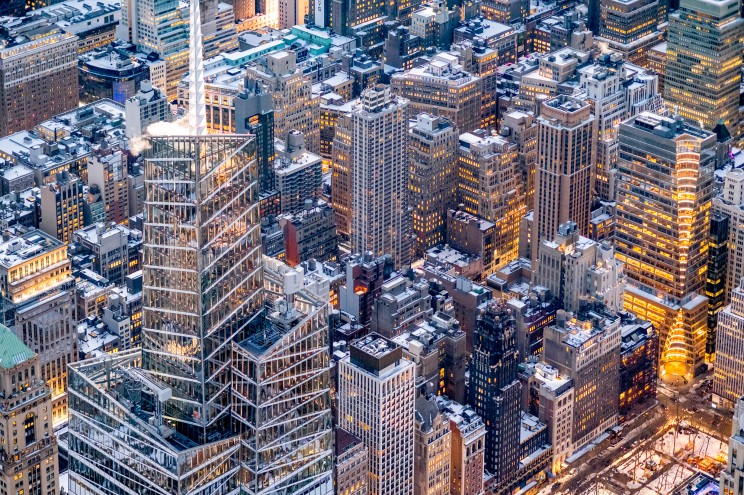 A New York City law that will go into effect this spring will require companies to reveal the salary ranges on job postings. Supporters say it’s a measure that could help close the gender wage gap. The law, which will be enforced beginning on May 15, applies to companies with more than four employees. Companies that post job openings will be required to note the minimum and maximum salaries based on a “good faith” determination at the time of the posting. It’s unclear how or if the law will be applied to companies that hire remote workers. Firms that refuse to comply could be hit with fines of up to $125,000 or other civil penalties. Supporters of the measure say that the law is needed to shrink the pay inequality gap, but pro-business advocates have argued that it is another example of government overreach. The bill was initially approved by a 41-7 vote in the City Council on Dec. 15. It officially became law on Jan. 15 when Mayor Eric Adams declined to either sign it or veto it. New York City joined other jurisdictions that have passed similar salary disclosure statutes, including California, Colorado, Connecticut, Maryland, Nevada, Rhode Island, and Washington State. Last year, some companies, including Johnson & Johnson and commercial real estate firm CBRE Group, explicitly stated they would not hire remote workers based in Colorado because they refused to abide by the salary disclosure legislation. The Partnership for New York City is urging the city to delay implementation of the law. The nonprofit group supported by members such as JPMorgan Chase and IBM said that while it backs efforts to narrow the gender pay gap, it is concerned the new law will give ammunition to those who say the city is hostile to free enterprise. “It’s just the wrong solution,” PFNYC CEO Kathryn Wylde told The Wall Street Journal. “It should never have been allowed to go through.” Joe Borelli, the New York City lawmaker representing Staten Island, agrees. “This is one of those laws that was pushed through in the name of equity or economic justice, but in reality it won’t help either job candidates or employers,” he told The Post. “It’s unnecessary government overreach, especially when there are already laws and reporting requirements in place to help ensure women receive equal pay for equal work.” Helen Rosenthal, the former City Council member who sponsored the bill, told CNN the law “shines a light on pay inequity.” “Including pay ranges in job postings allows job seekers to determine whether they will be able to support themselves and their family when they apply for a job.” Last year, Pew Research Center found that women earned around 84% of what men earned in 2020. The gap has narrowed significantly from 40 years ago, when women earned around 64% of what men did, according to the study.