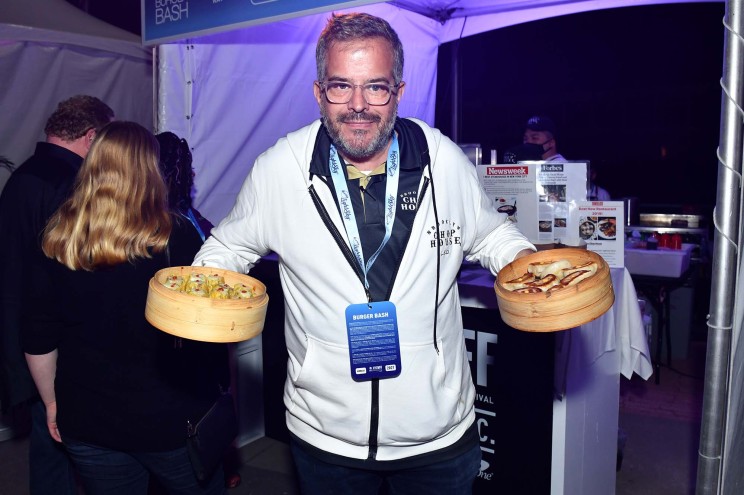 As New York imposed a law ordering businesses to require employee vaccinations, the response from Big Apple restaurateurs was as diverse as the city’s cuisine. Veteran restaurateur Stratis Morfogen, who owns Brooklyn Dumpling Shop and is executive managing director of Brooklyn Chop House, was decidedly defiant as the law went into effect on Monday. “Gov Hochul and X Mayor DiLAUSIO come and arrest me!” Morfogen posted on Instagram. “Not going to follow your mandate on threatening my family of employees to get the jab or lose your job!” Morfogen told Side Dish he’s no anti-vaxxer, but he nevertheless plans to ignore the mandate because he believes it violates his employees’ constitutional rights. Instead, he is taking additional steps — like swabbing his employees every day before they begin their shifts. If they test positive, they don’t work. “Showing a vax card gives people a false sense of security, as vaxxed people often are asymptomatic superspreaders and don’t know it until they test positive,” Morfogen claimed. Last week, Danny Meyer startled some of his fellow restaurateurs when he announced that he had told staffers at his Union Square Hospitality Group — which operates such upscale venues as Union Square Cafe, Gramercy Tavern and Blue Smoke — to get COVID-19 vaccine boosters, effective immediately. “Hospitality is a team sport — it’s kind of like putting on a play on Broadway or playing a basketball game,” Meyer told CNBC. “If you can’t field a full healthy team, you’re going to have to hit pause.” Not to be outdone, the Upper West Side’s Mermaid Inn will have a mobile vaccine van on site this Thursday, a spokesman told Side Dish. “We came across this service when searching for a way to make our mandated employee vaccine more accessible to our staff and their friends and families,” said Cindy Smith, Mermaid Inn’s co-owner.