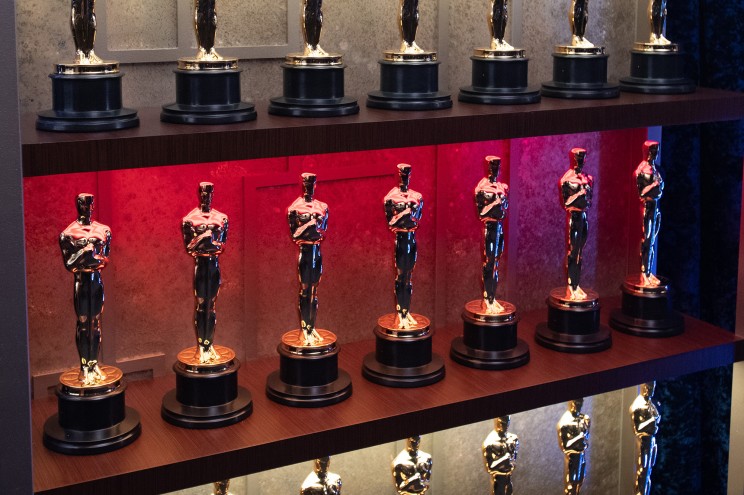 The 2022 Academy Awards are just over a month away, and while the night is sure to be unforgettable with surprises and snubs, one thing will not be in the cards: COVID-19 vaccinations. Hollywood’s biggest night won’t require proof of vaccination for anyone attending the event, according to a report. Nominees, presenters and stars will gather on March 27 at Los Angeles’ Dolby Theatre to celebrate the best and brightest in film. The Academy of Motion Picture Arts and Sciences, according to the Hollywood Reporter, will ask attendees to show a negative PCR test or a negative rapid antigen test on the day of the ceremony. This year’s SAG Awards and Critics Choice Awards ceremonies, on the other hand, will both require full vaccination status. The Screen Actors Guild listed its COVID-19 protocols for its awards ceremony on its website, along with the statement, “All ticketed attendees will be required to show proof of vaccination plus booster shot (if eligible), proof of negative lab-based COVID-19 PCR test within 48 hours of event, and negative antigen (rapid) test the day of the event.” The Critics Choice Awards are set to take place on March 13. COO of the Critics Choice Association, Joey Berlin, told THR of the org’s vaccination requirements: “We will be 100% vaccinated and require a negative PCR test within 48 hours of the event. I can’t invite people to a show where they’re not going to feel safe.” The academy mandates that its own employees be vaccinated. And the Oscars ceremony will comply with LA County’s health department mandates, which order that people attending indoor or outdoor “mega events” must be either vaccinated or show a negative test result. The organization has yet to publicly release its coronavirus policy for the Oscars event. A source told THR that the show’s organizers should expect backlash from others in the entertainment industry. The insider added that it’s “shocking” how the Oscars are willing to oblige anti-vaxxers. This stance is different from last year’s ceremony, where face coverings were not mandated during the live ceremony, but all 170 guests were asked to put on masks when the cameras weren’t rolling. The nominations for the 2022 awards were announced on Tuesday, with many fan favorites up for the prestigious golden statuettes. Kristen Stewart snagged a nom for her role as Princess Diana in “Spencer,” and will be competing against Nicole Kidman (“Being the Ricardos”) and Olivia Colman (“The Lost Daughter”). “The Power of the Dog” and “Dune” scored 12 and 10 nominations, respectively, while actors such as Andrew Garfield, Jesse Plemons and Javier Bardem earned nods.