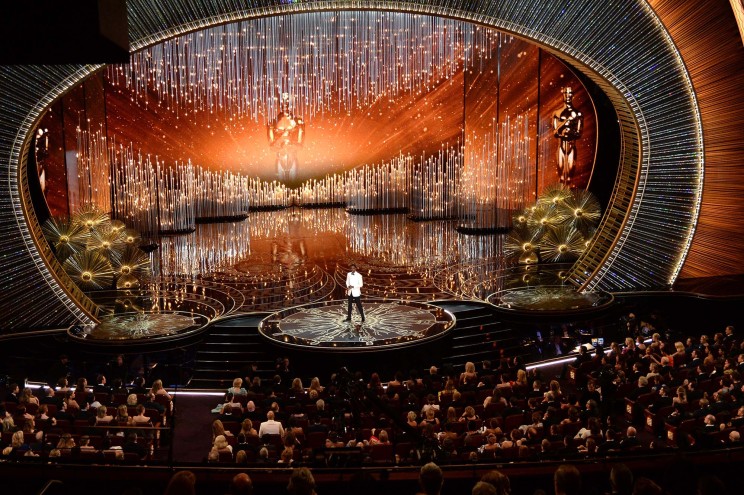 In an effort to make the 94th Academy Awards “more entertaining and more thrilling,” the telecast will be presenting eight awards before the live show begins. The major change to the 2022 Oscars was described in a letter obtained by The Hollywood Reporter on Tuesday, sent to members of the Academy by President David Rubin. The off-air ceremony will start an hour earlier to present the awards for Documentary Short, Film Editing, Make-up and Hairstyling, Original Score, Production Design, Animated Short, Live Action Short and Sound. These will then be edited and shown briefly in the final broadcast. The telecast will take place at Los Angeles’ Dolby Theater on Sunday, March 27. The letter also revealed that the Best Picture category will be presented last, at the three-hour mark. This is a direct response to last year’s ceremony where Best Actor was presented in what some complained was a rushed Oscars finale. “After carefully listening to feedback and suggestions from our film community, our network partner, and all those who love the Oscars, it was evident we needed to make some decisions about the broadcast that are in the best interest of the future of our show and our organization,” the memo read. see also The note continued, “When deciding how to produce the Oscars, we recognize it’s a live event television show and we must prioritize the television audience to increase viewer engagement and keep the show vital, kinetic, and relevant.” Rubin explained that the show is taking a different route in production this year “in order to provide more time and opportunity for audience entertainment and engagement through comedy, musical numbers, film clip packages and movie tributes.” “Moving forward we will assess this change and will continue to look for additional ways to make our show more entertaining and more thrilling for all involved, inside the Dolby Theatre and watching from home,” the letter said. Meanwhile, comedians Amy Schumer, Wanda Sykes and Regina Hall are hosting this year’s festivities. “We want people to get ready to have a good time. It’s been a while,” said Hall, Schumer and Sykes in a joint press statement. “I’m not sure who thought this was a good idea,” Schumer added, “but I am hosting the Oscars, along with my good friend Wanda Sykes and Regina Hall. I better go watch some movies.” Attendees will not be required to show proof of vaccinations, however, they will need to present a negative PCR test or a negative rapid antigen test.