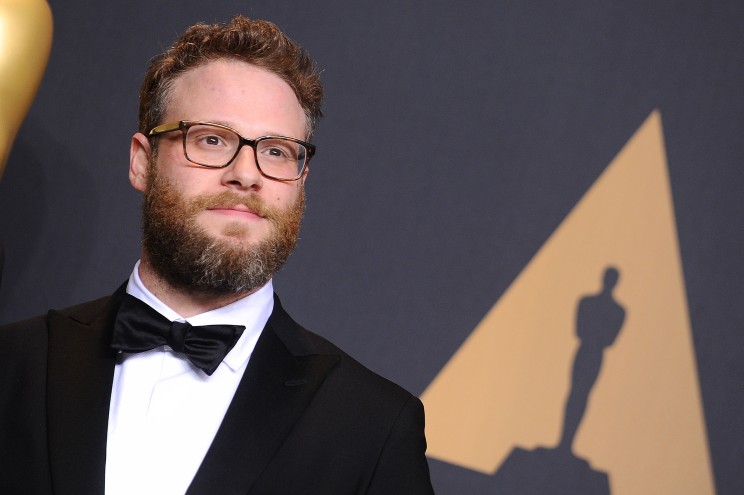 And the winner is … who cares? Seth Rogen has a more important question to ask the people of Hollywood. Why does the industry pay so much attention to the Academy Awards? The “Pam & Tommy” actor, 39, recently shared his thoughts about the coveted awards in an interview with Insider. “I don’t get why movie people care so much if other people care what awards we give ourselves,” Rogen said. “To me, maybe people just don’t care,” the “Knocked Up” star added. “I don’t care who wins the automobile awards. No other industry expects everyone to care about what awards they shower upon themselves. Maybe people just don’t care. Maybe they did for a while and they stopped caring. And why should they?” Viewership for the telecast has declined in recent years. The ceremony has also opted not to have a host for the last three shows. However, the 2022 Oscars will have a host. While no one has been named, the outlet asked Rogen who should take the stage. The Vancouver native said, “That’s a tough one,” but added, “I’m sure there are comedians out there that want to, right?” In 2021, only 9.85 million people tuned into the show, while 23.6 million watched the Academy Awards in 2020. And in 2019, the show was viewed in 29.6 million households. This year’s show is set to occur on March 27, live from Los Angeles’ Dolby Theatre. According to the Hollywood Reporter, the Academy of Motion Picture Arts and Sciences will not require attendees to be vaccinated against COVID-19, asking only for a negative PCR test or a negative rapid antigen test on the day of the ceremony. Despite Rogen never being nominated for a golden statuette, he did make several appearances on the Oscars stage in the past. In 2017, he presented the award for Best Editing alongside Michael J. Fox, where Rogen sang a snippet from “Hamilton.” At the 81st Academy Awards back in 2009, the “Freaks and Geeks” actor teamed up with his “Pineapple Express” co-star James Franco for a skit. The 2022 Oscar nominees were announced Tuesday morning by Leslie Jordan and Tracee Ellis Ross. “The Power of the Dog” and “Dune” scored the most nominations with 12 and 10, respectively. Javier Bardem, Benedict Cumberbatch, Andrew Garfield, Will Smith and Denzel Washington will go head-to-head for the award for Best Actor. Stars such as Jessica Chastain, Olivia Colman and Nicole Kidman are in the running for Best Actress. “West Side Story” filmmaker Steven Spielberg achieved a big milestone this year when he became the first director to be nominated in six different decades. His adaption of the famed musical earned nods for Best Picture, Best Actress in a Supporting Role, Best Cinematography, Best Sound, Best Costume Design and Best Production Design.