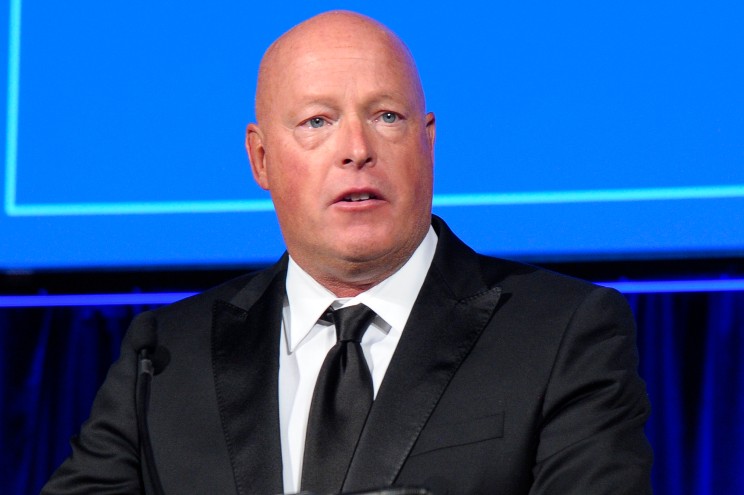 A group of Disney fans — fuming over soaring ticket prices and long lines at theme parks — have bought the company’s stock and are threatening to vote against CEO Bob Chapek’s re-election at a March 9 annual shareholder meeting. The irate fans took to Reddit to organize against re-electing Chapek, who grabbed the reins from longtime CEO Bob Iger two years ago. They griped over price hikes of tickets, food and merchandise at Disneyland and Disney World, as well as declining customer service at the theme parks, among others things. In a thread called: “Unhappy with the Current State of Disney Parks?,” one Reddit user wrote: “If you are a Disney shareholder you likely received an email yesterday asking you to vote in the annual meeting. Bob Chapek is up for re-election to the board of directors. “This is the most direct way to let Disney know if you are unhappy with his leadership, at least more so than complaining on Reddit or signing an online petition,” the Reddit user added. “It may seem insignificant, and will likely not be successful in removing him directly, but recall that Michael Eisner lost 43% of the vote in 2004 after Roy E. Disney lead a campaign to oust him and he was removed shortly thereafter. We can do this again.” One angry shareholder, who recently visited Disney World’s Epcot, vented over long lines and the fact that they have to now pay for access to fast pass, a program that allows customers to make reservations for rides without having to stand on line. “The magic is gone. Parks were oversold, 2 hour+ waits for everything, major rides like Ratatouille and Rise of the Resistance ‘down’ all day, plus charging now for fast pass access, charging for parking at Disney resorts,” the user wrote. “No parades, food prices out of control. Seriously, how many millions does one CEO need. We’ve been to Disney annually for the last 12 years and what’s going on there now is heartbreaking.” Other shareholders also called out Chapek’s hefty $32.5 million in compensation in 2021, which has earned the exec the nickname “Paycheck” on the Reddit board. “F-k Bob Paycheck,” wrote on user. “I’ve become much less trustful of this company’s leadership. I voted against Paycheck and For all the shareholder topics the board doesn’t want you to vote for,” another said, explaining that hiking prices and penny-pinching juices Disney’s financials, which benefits management, not customers. But Disney, which has been hit hard by the pandemic, has said it is increasing prices in order to make up for the loss of business. Recently, anger has bubbled over among fans over the sky-high prices of Disney’s newest Star Wars-themed hotel as an example of the company’s outlandish new strategy. Disney World’s new cruise ship-like hotel, dubbed “Star Wars Galactic Starcruiser,” has recently been slammed by fans as subpar and too expensive. For example, a two-night stay on the “Halcyon starcruiser” starts at $4,809 on weeknights for the most modest package, a two-guest cabin, according to the voyage’s website. For a three-guest cabin, the price rises to $5,299, and for a four-guest cabin it’s a $5,999 “voyage total.” Suite pricing for four or more passengers was not listed on the website. Meanwhile, outraged Disney fans have taken to Change.org to sign a petition dubbed “Fire Bob Chapek.” The petition, which says the CEO has “consistently put himself and money above the product, and quality of the company,” has garnered over 95,000 signatures.