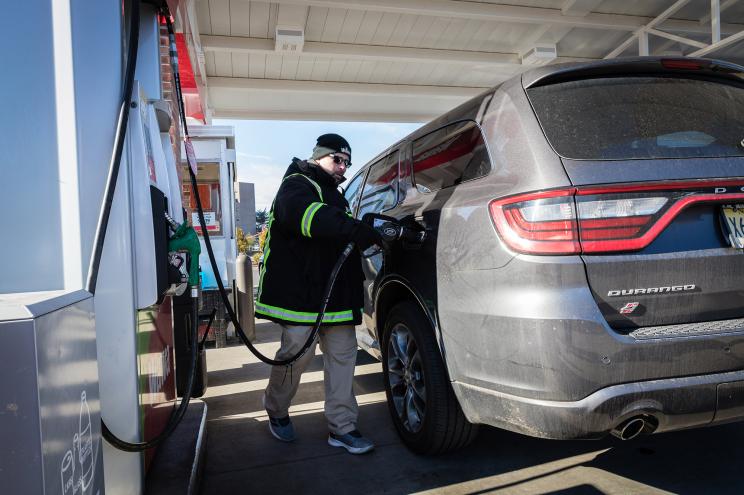 Prices at the gas pump have continued to decline, with the average price falling below $4 “in much of the country,” according to AAA. AAA cited falling oil prices for the recent slip in pump prices. The cost of oil accounts for 50% of what consumers pay at the pump. The price of oil is being weighed down by “significant releases” of oil reserves by the US and its allies as well as “the fear of resurgent COVID-19 infections in China and its potential for an economic slowdown in one of the world’s largest oil-consuming nations,” according to AAA. As of Tuesday morning, the West Texas Intermediate crude oil was trading at $98.20 a barrel. Nationally, the average for a regular gallon of gasoline dropped to $4.09 on Tuesday, down from $4.17 reported a week ago, according to AAA data. It’s also a significant drop from the record high of $4.33 on March 11, according to AAA. Prices at the pump had been rising for the majority of the year due to demand outpacing supply and geopolitical tensions. However, prices finally stabilized at the end of March and have been gradually declining ever since. see also It’s providing US motorists some relief as travel picks up again for the spring and summer season. AAA spokesperson Andrew Gross said the drop “may be a boon to drivers hitting the road more as warmer weather returns.” Over the past week, Washington, DC, saw the greatest decline, with prices in the area dropping roughly 14 cents. Connecticut was close behind with prices falling by 11 cents. Meanwhile, prices declined by 10 cents in Indiana, Ohio, South Carolina and Rhode Island, according to AAA. Georgia, Wisconsin and Florida saw prices decline by 9 cents.