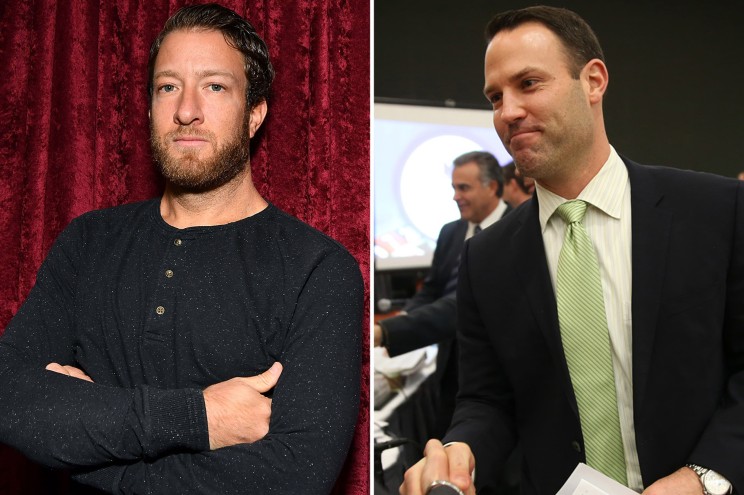 The boss of gambling giant Penn National griped over the timing of an article that detailed new allegations of sexual misconduct against Barstool’s Dave Portnoy – noting that it was published just hours before the company reported quarterly earnings. Chief Executive Jay Snowden came out swinging at the start of Penn’s fourth-quarter earnings call, noting that Business Insider published a story on the allegations against Portnoy for the second consecutive quarter. Business Insider’s report Wednesday night detailed claims from three women, whose identities were protected, who accused Portnoy of sexual misconduct and rough sex that turned humiliating, including filming without their consent. One woman alleged that Portnoy broke her rib during a sexual encounter. Portnoy has strongly denied wrongdoing. “Before I get into prepared remarks, I first wanted to address the article about Dave Portnoy that dropped last night from the same paywall, subscription-based publisher as the last article and which also happened to be on same day as our earnings call exactly three months ago,” Snowden said. “The allegations are from anonymous sources made about Dave in his personal life and Dave has responded publicly – many of you have probably seen that – just as he did last time,” Snowden said. The Penn National CEO asked for the public to view Portnoy’s response alongside the article before coming to any conclusions. He asked analysts to keep the earnings call focused on Penn’s results. Snowden also acknowledged that more allegations against Portnoy could surface, noting there would “undoubtedly will be more to come in the coming days, just as what transpired three months ago.” A Business Insider spokesperson flatly denied the timing was on purpose. “Of course we did not time our story around their earnings,” the spokesperson told the Post. Penn National holds a 36% stake in Barstool Sports. The casino company has leaned heavily into the Barstool’s controversial yet popular brand – and Portnoy’s celebrity – to drive its sports betting operation. Last November, Penn National shares plummeted after a lukewarm earnings report and the publication of another Business Insider report in which three women alleged they had sexual encounters with Portnoy that “turned into frightening and humiliating experiences.” The Barstool founder has denied all of the allegations and said he intends to sue Business Insider after its latest piece. On Wednesday night, Portnoy accused Business Insider and its CEO Henry Blodget of timing the stories to damage Penn. “$Penn earnings tomorrow. Another make belief hit piece on me. Can my boy @hblodget be more predictable. Wall Street won’t fall for their lies twice in a row. They can’t be more transparent. #cancelbusinessinsder And yes I have the receipts per usual,” Portnoy tweeted. Penn National shares were flat in midday trading Thursday. The gaming operator topped Wall Street’s expectations for quarterly revenue, but missed on earnings.