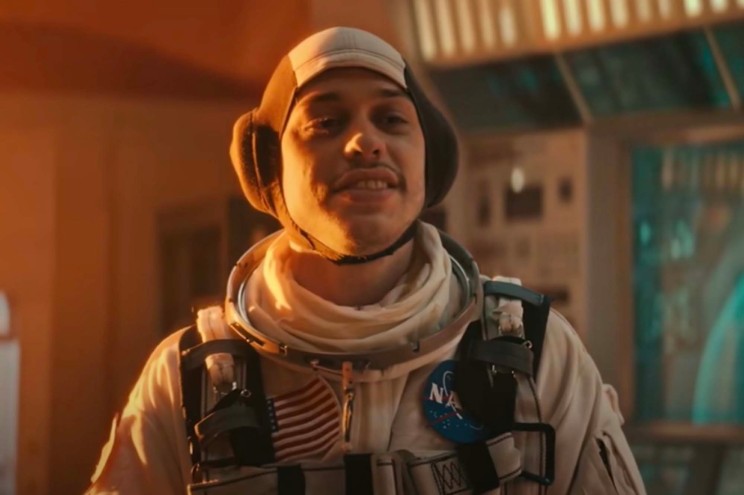 Pete Davidson will be blasting off into space aboard one of billionaire Jeff Bezos’ Blue Origin shuttles later this month alongside five other paying customers, the firm announced on Monday. Blue Origin revealed that the “Saturday Night Live” star and the rest of the crew members will depart for low-Earth orbit on March 23 from a launch site in Texas. The mission will be the fourth flight with human passengers for Blue Origin’s “New Shepard” program. Davidson will be joined on the flight by investor Marty Allen, SpaceKids Global founder Sharon Hagle, her husband and Tricor International CEO Mark Hagle, entrepreneur Jim Kitchen and Commercial Space Technologies President, George Nield, according to Blue Origin. Davidson is arguably the most high-profile celebrity to date aboard a Blue Origin mission. Former NFL star-turned-“Good Morning America” anchor Michael Strahan and “Star Trek” actor William Shatner previously took the trip, as did Bezos himself. Blue Origin did not disclose what Davidson or the other passengers paid for their seats. Page Six first reported Davidson’s intent to fly to space earlier this month. The comedian and his girlfriend Kim Kardashian were spotted at Bezos’ Los Angeles compound in January. “Pete is excited,” a Davidson source told Page Six at the time. “They haven’t signed a contract yet, but it looks like it’s going to happen.” The upcoming Blue Origin flight roster does not appear to include Bezos. The billionaire Amazon founder was present on Blue Origin’s first-ever commercial flight to space last year – and purportedly had a wardrobe malfunction involving his jumpsuit not long before takeoff. Blue Origin said it would live-stream the launch on its website, with a scheduled liftoff time of 8:30 a.m. CT. “Each astronaut on board NS-20 will carry a postcard to space on behalf of Blue Origin’s foundation, Club for the Future, whose Postcards to Space program gives students access to space on Blue Origin’s rockets,” the firm said in a release.