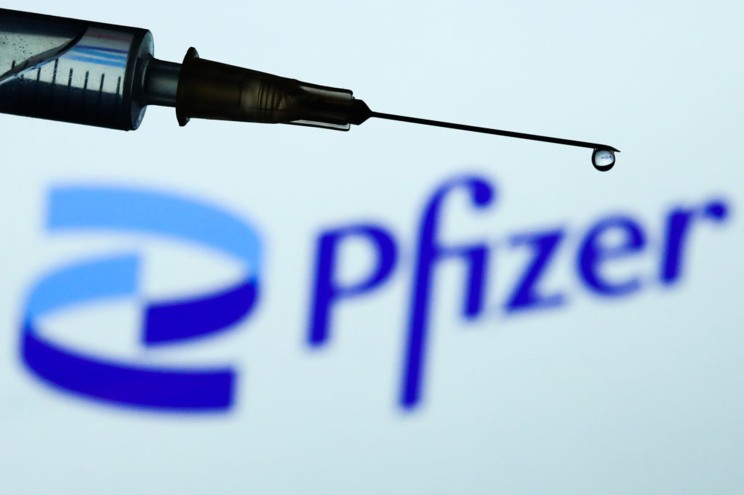 Pfizer said on Tuesday it expects 2022 sales of its COVID-19 vaccine and antiviral pill to top $54 billion, but that fell short of lofty Wall Street estimates, and its shares fell nearly 5%. Although Pfizer raised its forecast for the vaccine, developed with Germany’s BioNTech SE, by $1 billion, to $32 billion, the drugmaker cautioned that final sales for the year may not top that figure. Last year, the company increased its COVID vaccine sales forecast several times as it signed more deals to supply it around the world. Analysts have forecast sales of $33.79 billion for the vaccine in 2022, according to Refinitiv data. The company, however, said its forecast for oral COVID-19 antiviral treatment Paxlovid could increase. Pfizer said it expects $22 billion in 2022 sales, compared with estimates of $22.88 billion. The company expects to produce at least 120 million courses of Paxlovid, a two-drug regimen meant to be taken at home. Pfizer is selling the treatment to theUS at around $530 a course. Overall, Pfizer expects sales of $98 billion to $102 billion for the year, also below estimates of $105.48 billion. “Looking forward is not as good as looking back for Pfizer now and that is why [the stock price] is down on a somewhat decent report,” said Dennis Dick, a proprietary trader at Bright Trading. The outlook, however, pointed to a second straight year of record sales for the New York-based drugmaker. The company reported $36.8 billion in sales of the COVID-19 vaccine in 2021. JP Morgan analyst Chris Schott in a research note said it is unclear whether sales from Pfizer’s COVID-19 products are sustainable long term. Pipeline development and capital deployment will be key for the drugmaker to outperform expectations, he said. Pfizer said it had begun working on a next-generation version of Paxlovid, authorized to treat high-risk COVID-19 patients. Paxlovid performed significantly better in its clinical trials than Merck’s rival pill with about 90% efficacy versus 30%. But Pfizer may still need an improved version of Paxlovid, according to Davinderpreet Mangat, senior analyst at Informa Pharma Intelligence. “The door is slightly open, still, for COVID antivirals,” Mangat said. “Drugs from other companies may be able to surpass Paxlovid, similar to how Paxlovid surpassed Merck’s drug.”