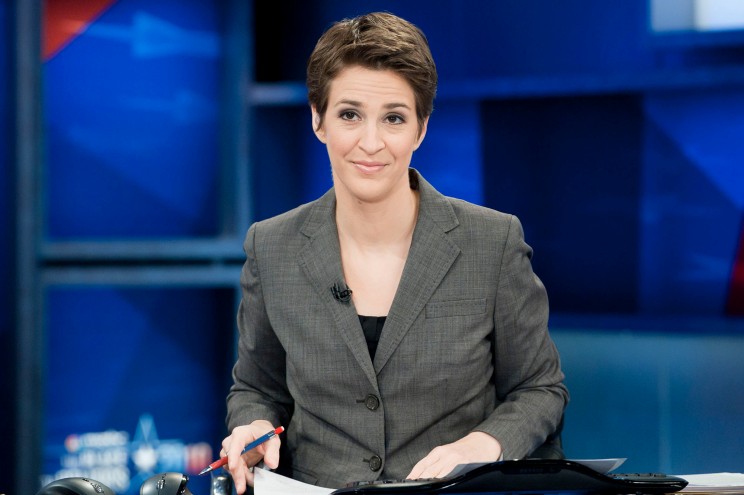 MSNBC anchor Rachel Maddow confirmed she plans to take a weeks-long hiatus from her primetime news show to work on a movie project with Ben Stiller – and hinted further absences could follow in the future. Broadcasting from home Monday night due to a close contact with a COVID-19 case, Maddow said she will step away after Thursday night’s show and return in April, confirming news reports from a day earlier. The anchor said she will return for major news events, including President Biden’s State of the Union address on March 1. “There may eventually be another hiatus sometime in my future, but for now, we’re just taking it one step at a time,” Maddow said. Maddow informed staffers at the left-leaning network earlier Monday that she planned to take a break to focus on her side projects, Business Insider reported. She will serve as an executive producer on the upcoming film adaptation of her podcast “Bag Man,” which chronicles the downfall of disgraced Vice President Spiro Agnew in the early 1970s. Maddow will be working with Stiller, who will direct the movie version, and produce the project alongside “Saturday Night Live” creator Lorne Michaels. A paperback version of her book on Agnew is also set for release in the coming weeks. “This has been in the works for a while now, but it looks like it’s going to happen,” Maddow added. “I am super excited about it and I am going to take a little bit of time off from this show to go help with the movie and also to work on some other things that I have cooking with NBC right now, including a new podcast.” Maddow is MSNBC’s top-rated host. She has hosted “The Rachel Maddow Show” since 2008. The longtime anchor reportedly earns $30 million per year in her current deal with MSNBC, which runs through 2024. The deal permits Maddow to dial back her nightly hosting duties to pursue streaming and podcasting initiatives. Maddow’s hiatus is the latest in a series of shakeups at the Comcast-owned network. Last month, the network appointed Stephanie Ruhle to replace Brian Williams as host of MSNBC’s late-night news hours. MSNBC executives also expanded “Morning Joe” to a daily four-hour time slot.