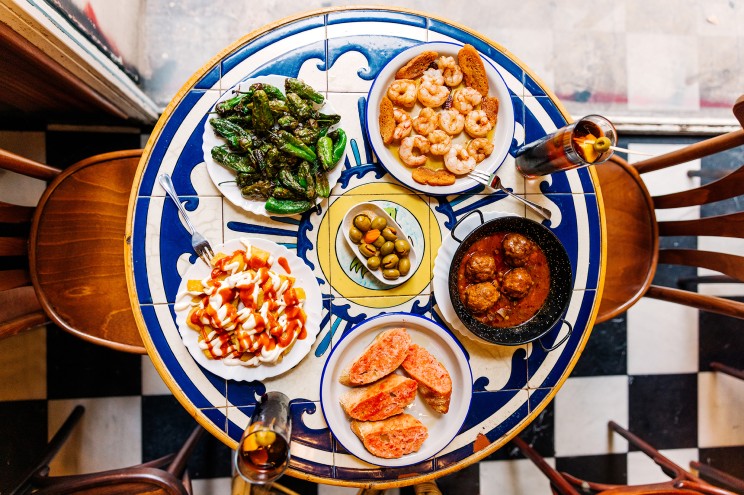 A surge in unruly customers during the COVID-19 pandemic has forced a national restaurant group to spend a small fortune on enhanced security, according to the company’s boss. Cameron Mitchell, the CEO of Cameron Mitchell Restaurants – whose holdings include Ocean Prime in New York – said his chain has been forced to invest in security for the first time. The security is needed to protect staffers, he says, who are often tasked with ensuring compliance with mask and vaccine rules in many states. “We never spent a dollar on security in our restaurants prior to COVID and now we spend about three quarters of $1 million a year on security to protect our managers and our staff from some unruly guests that happen in our restaurants,” Mitchell said in an interview with CNBC. “Not all the time — it’s a small proportion of them, but they still happen and they affect the safety of our people, which is paramount to us,” he added. Unruly guests have only added to the challenge for restaurants, which are attempting to recover from months-long COVID-19 interruptions in a difficult business environment. “Like airlines … we have unruly guests. We never spent a dollar on security prior to covid and now we spend about $750,000 on security to protect our managers and our staff,” says restaurant owner Cameron Mitchell. pic.twitter.com/PTGvyqYARb— Squawk Box (@SquawkCNBC) February 16, 2022 Mitchell noted the security challenge faced by his restaurants is similar to that of the airline industry, where crews have experienced an uptick in violent confrontations during the pandemic. Security issues led some airlines to suspend alcohol service during the pandemic. Separately, retail and grocery stores have contended with increased instances of shoplifting. Midwest grocery chain Hy-Vee recently unveiled its own security force to — it says — protect staffers and customers. Like many businesses, restaurants are also dealing with the impact of inflation – which hit a four-decade high of 7.5% in January – as well as a nationwide labor shortage. Mitchell said his restaurant group has mostly returned to normal operations following the Omicron variant surge, though he noted higher operating costs have cut into the company’s profits. “It’s the highest cost of goods I’ve ever operated in, 42 years in the restaurant business. By way of example, last year, cost of goods were 29.6% of sales, this year 33% of sales so far. That 3.4% increase to the cost is severely impacting our bottom line,” Mitchell said. Labor is “another huge cost increase” as restaurants bump up wages and benefits to lure workers in a tight labor market, Mitchell added.