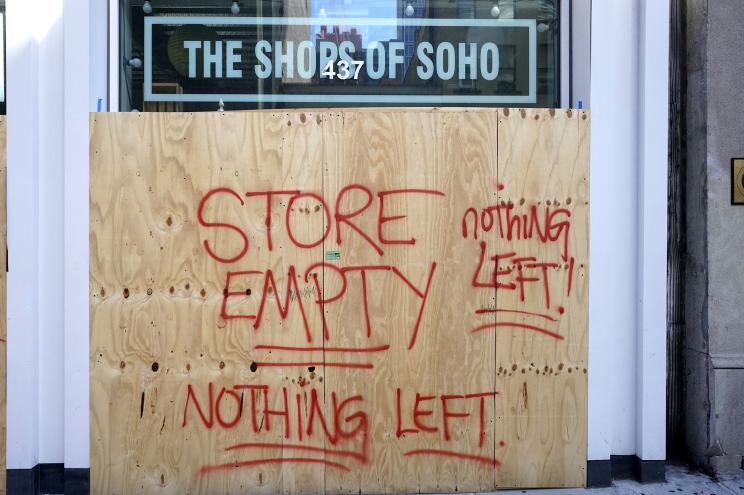 The US Chamber of Commerce is demanding that Congress take action to address the rise of organized retail theft – arguing the issue has become a nationwide emergency that is hurting businesses and contributing to higher prices for consumers. The business advocacy group outlined its concerns this week in a letter addressed to Congress, the National Governors Association and other policymakers — noting a survey in which 54% of small business owners said they experienced increased shoplifting in 2021. Retailers that were already struggling to rebuild their businesses and attract customers due to the COVID-19 pandemic are “now faced with large-scale theft and looting, much of it stemming from organized crime,” Neil Bradley, the US Chamber of Commerce’s chief policy officer, said in a statement accompanying the letter. “Retail theft is becoming a national crisis, hurting businesses in every state and the communities they serve,” Bradley added. “We call on policymakers to tackle this problem head-on before it gets further out of control. No store should have to close because of theft.” New York and other major cities around the country have seen a spike in organized retail theft during the pandemic. The average large retailer lost $700,000 per $1 billion in sales as of 2020 — an increase of more than 50% over a five-year period, according to the National Retail Federation. The Chamber of Commerce called on federal and state lawmakers to take concrete steps to address the problem. Proposed steps include the passage of bipartisan legislation aimed at cracking down on the sale of stolen goods on online marketplaces; an expansion of the legal definition of and resulting criminal penalties for “organized retail theft,” and a lowered threshold for the value of stolen goods that would trigger felony charges. “These crimes are not victimless. In addition to the growing number of thefts that turn violent, innocent consumers, employees, local communities, and business owners and shareholders bear the costs of rising retail theft,” the chamber’s letter to Congress added. Some critics have argued that loosened penalties for shoplifting offenses in some states have contributed to the problem. Several major retailers have publicly spoken out about a rise in organized retail crime over the last few months. As The Post reported in November, the incidents have grown increasingly organized and violent in nature. Late last year, the CEO of Best Buy noted the toll the incidents were taking on the company’s employees. “We are seeing more and more, particularly organized retail crime,” Best Buy CEO Corie Barry said. “You can see that pressure in our financials. And more importantly, frankly, you can see that pressure with our associates. It’s traumatizing.”