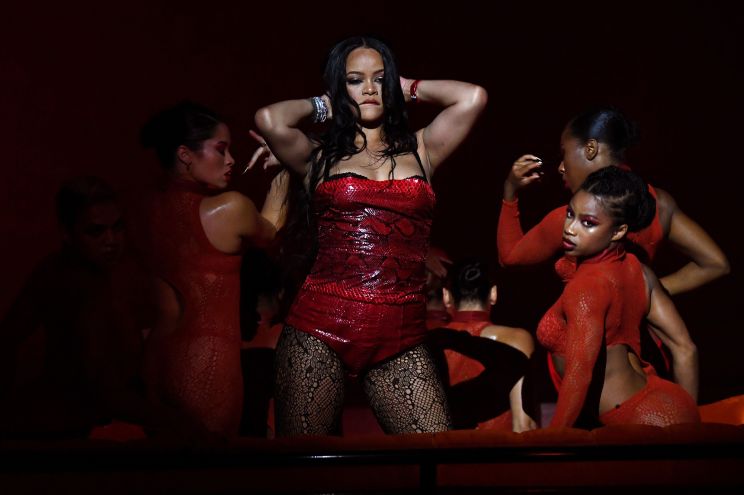 Rihanna’s lingerie line, Savage X Fenty, has secured $125 million in new funding from investors to fuel its ongoing expansion into brick-and-mortar retail. That brings the total cash haul raised by the body-positive lingerie line to $310 million. Savage X Fenty’s valuation in the latest funding round wasn’t disclosed. The company didn’t immediately respond to a request for comment from The Post. Investment firm Neuberger Berman led the fundraising round. Other investors include L Catteron, the private equity firm backed by LVMH CEO Bernard Arnault, as well as Marcy Venture Partners, a firm co-founded by Shawn “Jay Z” Carter, the Associated Press reported. Savage X Fenty has built a strong following since it launched in 2018, with an annual fashion show airing on Amazon Prime. Rihanna has prioritized the lingerie line and other business ventures in recent years. The pop star, whose real name is Robyn Rihanna Fenty, has a personal net worth of $1.7 billion. She ranks second only to Oprah Winfrey among the word’s richest female entertainers, according to Forbes. Aside from Savage X Fenty, Rihanna holds a 50 percent stake in the cosmetics line Fenty Beauty. The brand earned more than $550 million in revenue in 2020. The line’s latest backers also include Abu Dhabi-based Multiply Group, which contributed $25 million, as well as the Abu Dhabi Growth Fund. The money is expected to support Savage X Fenty’s ambitions for a retail empire. The company opened its first-ever store on the Las Vegas Strip this month. Savage X Fenty will open stores in Los Angeles, Houston, Philadelphia and Virginia within the first three months of 2022, Forbes reported. A total of 10 store openings are planned throughout the year. “We’ll start with a limited amount of stores,” Savage X Fenty co-president Christiane Pendarvis told the outlet. “It will represent a small percentage of our business. This is about making sure we’re getting the right formula and assortment mix in stores. “This is an extremely curious test-and-learn year for us then you’ll see us ramp up next year,” Pendarvis added.