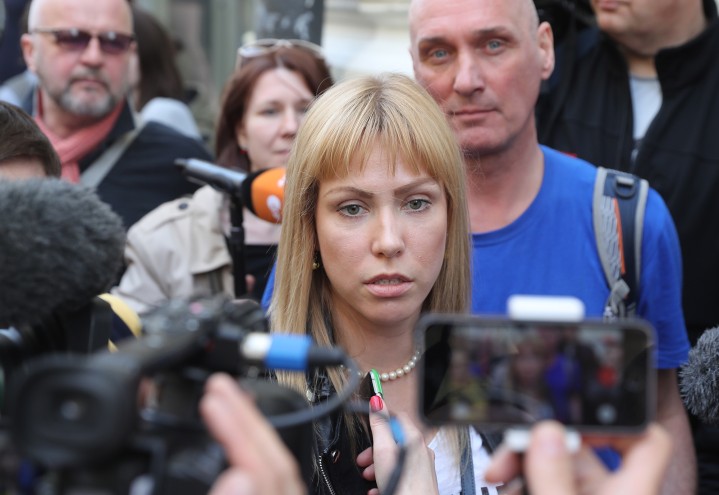 The top editor of a Russian state-run media outlet who resigned in protest of President Vladimir Putin’s invasion of Ukraine last week is warning that the world could be in danger of a nuclear war. Maria Baronova, the editor-in-chief of RT, stepped down last week after publicly criticizing the invasion, telling her followers on the encrypted Telegram messaging service: “Our granddads didn’t fight for this.” The Moscow-based journalist now fears that the bloody invasion of Ukraine won’t stop there. “The problem is, I know these people very well,” Baronova told Fox News Digital. “They never send threats, they just kill, so there is kind of [a] weird silence around me, but I really think we’re on the brink of a nuclear war right now. I’m not exaggerating.” Journalists in Russia who publicly criticize government policy risk their safety, but the situation is so dire that Baronova was motivated to speak out, she said. “I have a son, I can’t leave because his father won’t allow me to leave with him, and so I just prefer to stay in Moscow … It seems like we’re either in North Korea or we are going to be killed by a thermonuclear mushroom,” Baronova told Fox News Digital. “I wouldn’t quit, and I wouldn’t lose my salary and job if I was sure that we are going to be alive for many years, but I really don’t know what is going to happen to all of us next.” At the start of the invasion, Putin ordered his country’s nuclear weapons to be prepared for heightened readiness to launch because of what he described as “aggressive statements” by Western adversaries. Baronova said she doesn’t believe that Putin would resort to nuclear weapons. Instead, she fears that the Russian leader will goad the West into using nonconventional arms against her country. “I suspect the Western world will use it,” Baronova said. “This is a very dangerous situation.” Baronova told Fox News Digital that she quit after a colleague at RT posted an Instagram message which read: “If you are now ashamed of being Russian, don’t worry, you are not Russian.” She said she was “really disturbed” by her colleagues’ willingness to spread government propaganda. In response to the Instagram post, Baranova wrote: “If I chose to be with Russia, this does not mean that I should walk in a totalitarian system, be silent or, for example, rejoice that the regime, which I do not want for my country, is being exported somewhere else.” “And this regime will finally turn our life into one endless hell. What’s there. Already turned.” Baranova said the Instagram post was the last straw, leading her to quit RT. “That was the moment I decided, ‘OK, that’s it’,” she said. The Kremlin has launched a harsh crackdown on news organizations both foreign and domestic whose journalists are based in Russia. Reporters who do not tow the government line on reporting on Ukraine are not allowed to operate freely in the country.