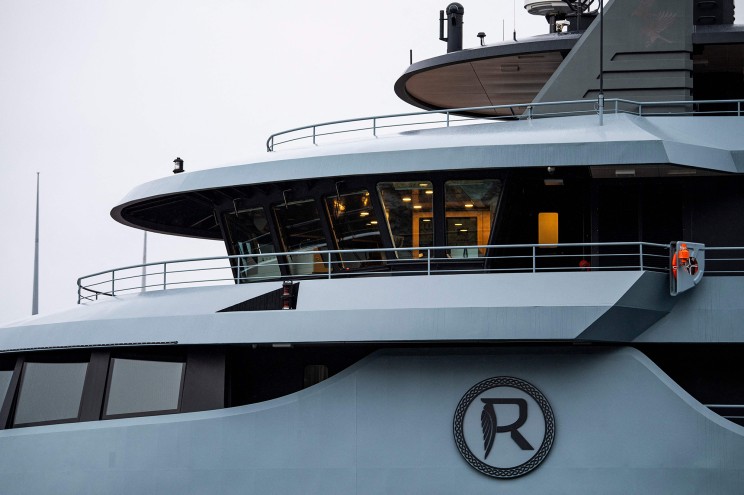 The crew of a stranded superyacht linked to a Russian oligarch with ties to Russian President Vladimir Putin is reportedly spending its time catching fresh fish to eat while trapped at port in Norway — where locals have refused to refuel the vessel. The $85 million yacht, the Ragnar, has been stuck in the port city of Narvik for days while locals shun its requests for the fuel it needs to depart. The boat is owned by Vladimir Strzhalkovsky, a former KGB intelligence officer and Putin crony who once helmed the Russian mining firm Norilsk Nickel. With nowhere to go, the crew is catching and barbecuing cod while waiting for a resolution, according to the yacht’s captain. And with Russia’s invasion of Ukraine escalating by the day, the yacht could be stuck in Norway for quite some time. “We did not realize why there was so much fuss with us,” the yacht’s captain, Rob Lancaster, told the Wall Street Journal this week. “It happened so quickly.” Unlike many other Russian oligarchs, Strzhalkovsky has yet to be targeted in recent rounds of crippling sanctions imposed by Western nations. But the yacht has still drawn scrutiny from local authorities. Lancaster said authorities boarded the ship on March 2 and checked its documents but took no further action. Local suppliers haven’t provided fuel since before the invasion began in late February. The Ragnar is 224 feet long and has a large pool, jacuzzi and helipad on deck, among other luxury amenities. The yacht has been up for sale since 2021, according to Superyacht Fan, which compiles a database of luxury vessels. In a message published by Norwegian public broadcaster NRK, Lancaster previously described the embargo imposed by local fuel suppliers as “extremely unjust” — claiming the ship’s crew isn’t Russian. Earlier this month, President Biden declared the US and its allies would target the “ill-gotten gains” of Russian oligarchs in response to the Kremlin’s unprovoked invasion. Several vessels have already been seized by authorities as Western nations increase economic pressure on the Putin regime. Vessels seized so far include Alexey Mordashov’s 213-foot yacht, Gennady Timchenko’s 132-foot watercraft, and Audrey Melnichenko’s $578 million, 469-foot superyacht, White House press secretary Jen Psaki said earlier this month. All of the yachts were taken in Italy. Meanwhile, a $700 million superyacht docked on the coast of Italy belongs to Putin, according to allies of jailed Kremlin opponent Alexei Navalny.