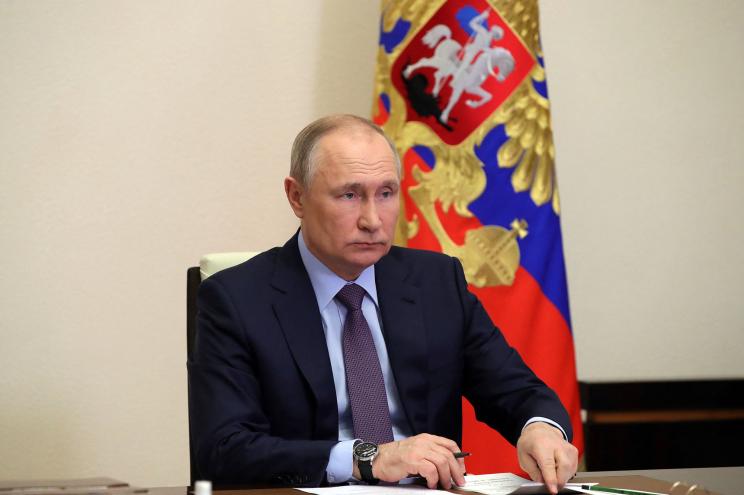 Shipments of Russian crude oil have dropped 25% in just a week as the country continues to suffer the economic consequences of its invasion of Ukraine. In the seven days between April 8 and April 15, just 30 Russian tankers carrying 21.8 million barrels of oil sailed to ports on the Black Sea, Baltic Sea, and the Arctic Ocean, according to data compiled by Bloomberg. The shipments translate into an average of 3.12 million barrels of oil per day – down 25% from the prior week that ended April 8. The drop in oil exports means the Kremlin generated just $181 million – or $60 million less than the previous week. The surging price of oil could be the saving grace for the Russian economy. Russia is poised to earn nearly $321 billion from its energy exports this year — up more than a third compared to the previous year, according to Bloomberg. In April alone, Russia expects $9.6 billion more from energy sales than it initially projected due to high prices. The United States and European Union imposed economic sanctions on Russia in response to the invasion of Ukraine. While the US has banned all Russian energy imports, the EU has yet to take that drastic step as it is more reliant on oil and natural gas from Moscow. “Oil revenue makes up a large share of Moscow’s budget. It is a key funding source for [President Vladimir] Putin’s invasion of Ukraine. Slashing Russia’s oil revenue could hasten an end to the conflict,” American Enterprise Institute resident scholar Michael R. Strain said in a recent blog post. The sanctions have impacted the Russian economy, which has been beset by soaring inflation and flight of capital. The government also faces the specter of a debt default. The Kremlin’s treasury chief, Anton Siluanov, said on Tuesday that the government plans to spend some $32.3 billion to support its economy. Foreign sanctions against Russia have already frozen about $300 billion of the roughly $640 billion Russia had in its gold and forex reserves when it launched what it calls its “special military operation” in Ukraine.