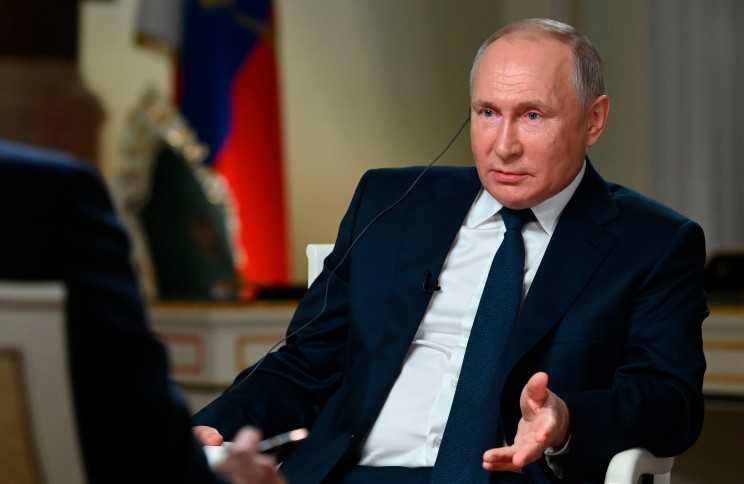 Russia appears to have officially declared cyberwar on the US, taking what’s been described as preliminary steps at crippling its banking system and possibly other major industries, the Post has learned. The Biden Administration has been working with bank executives for months about preparing for cyberattacks in as retaliation over US sanctions. The big US banks — JP Morgan, Citigroup, Bank of America, Goldman Sachs — are under constant attacks by cyber criminals looking to disrupt operations and steal client information. The usual suspects are most often located in Iran, China and of course Russia. Bank executives tell the Post they’ve spent billions of dollars annually to protect against cyber criminals, but they say the recent wave of attacks is different. Sources describe them as a subtle but intensified assault on banks’ technological infrastructure that began after the sanctions over Ukraine were announced. Executives declined to comment on the record, fearing that any comments will embolden the cyber criminals and their proxies in the Russian government. They referred calls to Financial Services Information Sharing and Analysis Center, a cyber-security banking industry consortium. A spokesman for the group said in a statement: “We are in close communication with our member firms and relevant authorities around the world to monitor cyber activity against the financial sector. At this time, the sector is not seeing any significant threats attributable to any geographic origin. We continue to actively assess the situation through enhanced monitoring and cross-border threat intelligence sharing across the financial services sector.” But one executive from a big bank who is authorized to speak to the press says the industry consensus is that the Russia government is behind recent attacks. At least so far there have been no real breaches this executive told the Post. Press officials from JP Morgan, Citigroup, Banks of America and Goldman Sachs and Morgan Stanley had no comment. Get the latest updates in the Russia-Ukraine conflict with the Post’s live coverage. Herb Lin, a Senior Research Scholar at the Center for International Security and Cooperation at Stanford University, told the Post that financial sector is probably the best protected of all industries because it has spent billions in preventing cyber fraud. “Other industries definitely at risk from attack,” Lin said. “I think the water utility companies could be a weak spot as they’re not known for their cybersecurity.” Russian cyber criminals were behind last year’s cyberattack against the nation’s largest meat producer, JBS, and the ransomware shutdown of the Colonial Pipeline, the nation’s largest fuel distributor. While the Kremlin often denies ties to these groups, US intelligence officials believe the hackers have at least tacit support from Russian dictator Vladimir Putin. In 2021, Bank of American CEO Brian Moynihan made some headlines when he told the financial network CNBC that his big bank — the nation’s second largest according to assets — spends $1 billion a year on cyber protections, well up from about $400 million it spend when he first became CEO 11 years prior.“ Banks are attacked daily from multiple cybercriminals and the attacks may be in the thousands over a year’s time frame,” said veteran bank analyst Dick Bove of Odeon Capital Group. “These companies have spent billions to ward off these attacks. Periodically something gets through. However, they have not destabilized the financial system.”