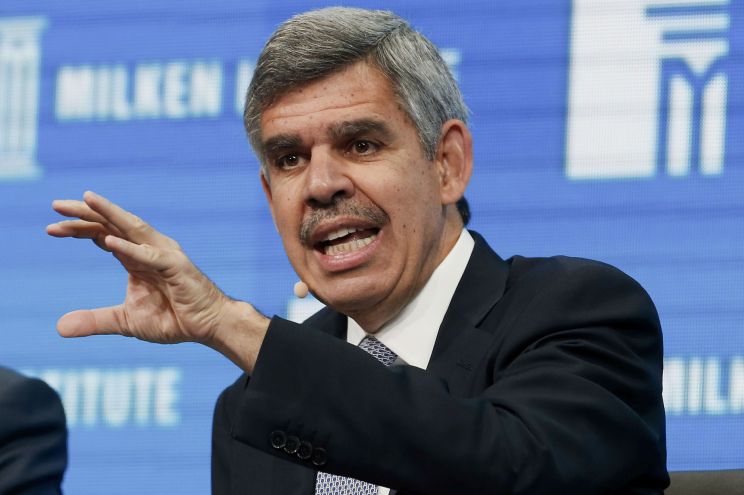 US inflation will likely hit double digits this summer as the ripple effects of the Russian invasion of Ukraine led to further financial pain for American households, according to famed economist Mohamed El-Erian. El-Erian issued the dire warning just days after federal data showed inflation hit a fresh four-decade high of 7.9% in February. Russian President Vladimir Putin’s widely condemned invasion of Ukraine has further upended global energy markets that were struggling during the COVID-19 pandemic, leading to higher gas and oil prices in the US. “I estimate that at 7.9%, we will probably get very close or above 10% before we come down,” El-Erian, the chief economic adviser at Allianz, said in an interview with CBS’ “Face The Nation.” “That difference will be all because of the disruption that Putin’s war implied for commodity prices, supply chains and shipments.” “If it happens, it will happen in the summer and people will feel it,” El-Erian added of the potential double-digit inflation. The latest Consumer Price Index data will play a key role as Federal Reserve officials meet this week to determine the best course of action to cool inflation. Fed Chair Jerome Powell is expected to propose a quarter-percentage-point hike to the benchmark interest rate – the first increase of its time in three years. Powell and other Fed officials have faced criticism from failing to act sooner to curb inflation, with the Fed chair himself admitting the central bank thought supply chain bottlenecks would clear faster than they have. The Russia-Ukraine war has compounded those shipping problems and operating costs for embattled firms. El-Erian said he is among those who expect Powell to pursue a quarter-percentage-point hike. “Basically he’s got to make a choice – hit the brakes, regain credibility but risk a recession, or tap the brakes and we have an inflation problem going into next year,” El-Erian said. “We are here because the Fed is very late and has no good policy options available anymore.” Treasury Secretary Janet Yellen has a similarly bleak view on inflation, acknowledging the Russia-Ukraine war was causing “lot of uncertainty” in the global economy and “exacerbating inflation” in the US. “We’re likely to see another year in which 12-month inflation numbers remain very uncomfortably high,” Yellen told CNBC.