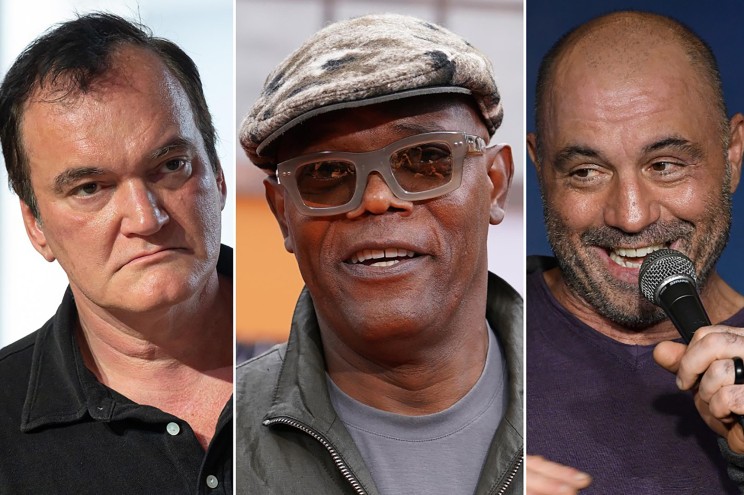 Samuel L. Jackson had a few choice words — except one — for disgraced podcaster Joe Rogan. In a recent interview, the star of “The Protégé” shared his thoughts on when it is and isn’t OK to use the N-word. The comments came while Jackson was on the subject of one of Rogan’s latest controversies — this time, his use of racial slurs on “The Joe Rogan Experience” podcast. “Say you’re sorry because you want to keep your money, but you were having fun and you say you did it because it was entertaining,” Jackson told the Times in London. Rogan’s prolific use of the N-word was called out last month by singer India.Arie, who shared a montage of more than two dozen times that the host had used the epithet during the past 12 years his podcast has aired. Rogan, 54, apologized as the offenses came to light, though he said the clips were “taken out of context” by Arie. He added that the admission was “the most regretful and shameful thing I’ve had to talk about publicly.” But Jackson isn’t buying the apology. “He is saying nobody understood the context when he said it, but he shouldn’t have said it. It’s not the context, dude — it’s that he was comfortable doing it,” he said. There are moments when the word is appropriate, the “Pulp Fiction” actor continued, like when it’s “an element of what the story is about.” “A story is context — but just to elicit a laugh? That’s wrong,” the 73-year-old actor said. see also Jackson then cited director pal Quentin Tarantino to make his point. For his part, Tarantino, too, has been called out for using the N-word in the past — but it’s different for him, according to Jackson. “While we were rehearsing ‘Django Unchained,’ Leo [DiCaprio] said, ‘I don’t know if I can say [the N-word] this many times,’ ” Jackson said. “Me and Quentin said that you have to. “Every time someone wants an example of overuse of the N-word, they go to Quentin — it’s unfair,” he added. “He’s just telling the story and the characters do talk like that. When Steve McQueen does it, it’s art. He’s an artiste. Quentin’s just a popcorn filmmaker.” Jackson has defended Tarantino, 58, in the past. In the 2018 documentary about the director’s first eight feature films, called “QT8: The First Eight,” Jackson said there’s “no dishonesty in anything that [Quentin] writes or how people talk, feel or speak [in his movies].”