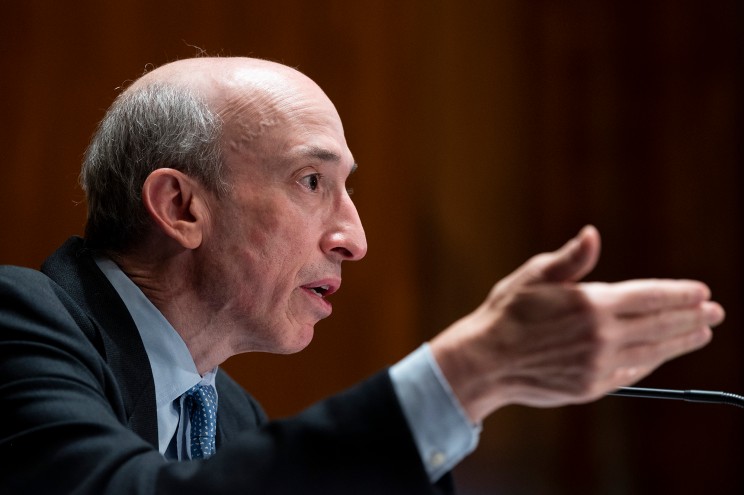 The Securities and Exchange Commission on Monday proposed requiring US-listed companies to disclose a range of climate-related risks and greenhouse gas emissions, with some Republicans saying the rules would amount to government overreach. The agency unveiled its long-anticipated draft rule under which companies would disclose their own direct and indirect greenhouse gas emissions, known as Scope 1 and Scope 2 emissions. It would also require companies to disclose emissions generated by their suppliers and partners, known as Scope 3 emissions, if they are material. SEC chair Gary Gensler said the agency was responding to investor demand for consistent information on how climate change will affect financial performance of companies they invest in. But prominent Republicans accused the regulator of overstepping its legal authority, and the US Chamber of Commerce vowed to fight parts of the rule. The draft proposal, subject to public feedback and likely to be finalized later this year, should help investors get the information they are seeking while also increasing the reporting burden for Corporate America. It would also require companies to disclose the “actual or likely material impacts” that climate-related risks will have on their business, strategy and outlook, including physical risks as well as possible new regulations such as a carbon tax. Companies that have set emissions goals or announced other plans to transition away from fossil fuels would have to provide details on how and when they expect to do so. “Companies and investors alike would benefit from the clear rules of the road,” Gensler said. Sen. Patrick Toomey, the Senate Banking Committee’s top Republican, blasted the rule, saying it “extends far beyond the SEC’s mission and expertise.” Progressives and activist investors have pushed for the SEC to require Scope 3 emissions disclosure to hold companies accountable for all the carbon dioxide and methane they help generate. Corporations have been pushing for a narrower rule that will not boost compliance costs too sharply. “This proposal will be the light in a pathway toward addressing President Biden’s priority of disclosing climate risk to investors and all areas of our society,” said Tracey Lewis, a policy counsel at Washington-based advocacy group Public Citizen. “There will be a lot of critics,” she added. The SEC said the Scope 3 requirement would include carve-outs based on a company’s size, and that all the emissions disclosures would be phased in between 2023 and 2026. It was not immediately clear how many companies would have to make Scope 3 disclosures, given they would have largely have the discretion to decide what counts as ‘material.’ The Chamber of Commerce, the country’s biggest business lobby, called the proposal too prescriptive and complained it would force companies to disclose information that was largely immaterial at the expense of more meaningful data. “The Supreme Court has been clear that any required disclosures under securities laws must meet the test of materiality, and we will advocate against provisions of this proposal that deviate from that standard,” Tom Quaadman, an executive vice president with the group, said in a statement. Legal challenges The SEC spent the past week shoring up the draft against potential legal challenges, six sources told Reuters. Corporate groups have argued there is no agreed methodology for calculating Scope 3 emissions, saying it can lead to double-counting, and that providing so much detail would be burdensome and would expose companies to litigation if third-party data ends up being wrong. The SEC tried to address that concern by proposing Scope 3 disclosures would be protected by a legal safe harbor that already exists for companies’ forward-looking statements. Any legal challenges to the rule will likely argue that the SEC lacks the authority to require Scope 3 emissions data, something the agency’s lone Republican Commissioner Hester Peirce said on Monday in voting against the proposal. Some experts said the SEC’s authority in this area was clear, noting investors poured more than $649 billion into environmental, social and governance-focused funds worldwide last year and were calling for better data.