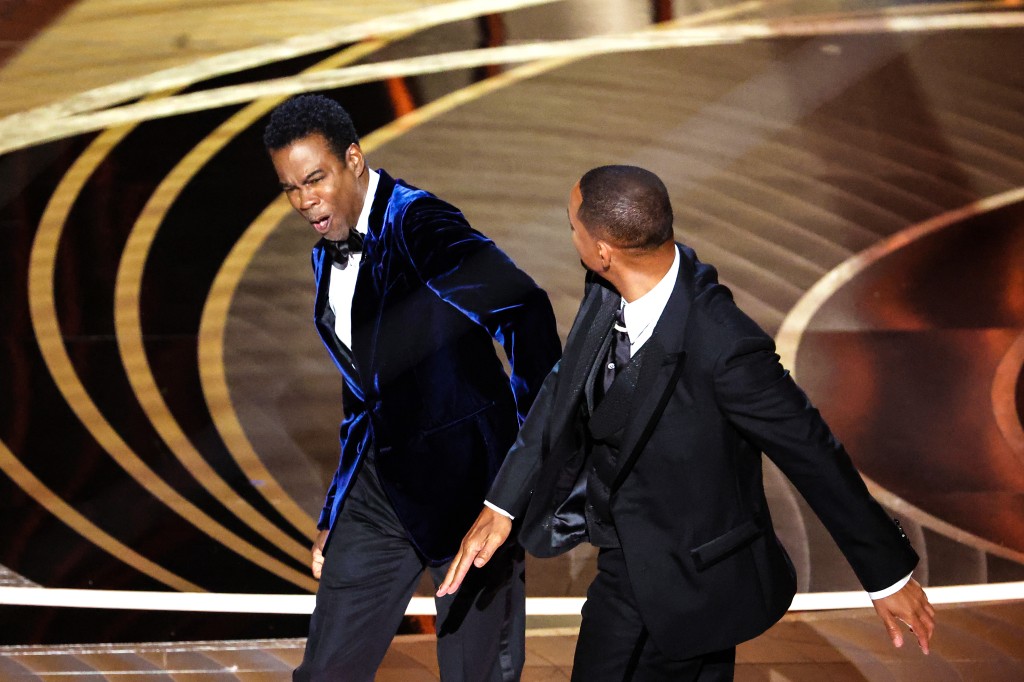 It was one of the most shocking moments in the history of live television, and in the aftermath, 23-time Grand Slam champion Serena Williams was all of us. Williams posted her stunned reaction to her Instagram story after Will Smith walked on stage in the middle of the 2022 Oscars and slapped Chris Rock in the face after making a joke about his wife, Jada Pinkett Smith. The first clip featured several seconds of Williams at the awards ceremony in stunned silence, mouth open, not saying anything. In the second video, she said, “I just sat down, because I was like, I gotta put that drink down.” The wild moment occurred near the end of the show, as Rock was preparing to present the nominees for the Academy Award for Best Documentary. The camera flashed to Pinkett Smith, and Rock said, “Jada, love you. G.I. Jane 2, can’t wait to see it.” The reference was to the 1997 film with Demi Moore, where her character shaves her head and joins a special forces group in the military. Jada, who suffers from a condition that causes hair loss, appeared to take exception to the joke, causing Will to react by walking on stage and slapping Rock across the face. VIA JAPANESE TELEVISION: The uncensored exchange between Will Smith and Chris Rock pic.twitter.com/j0Z184ZyXa— Timothy Burke (@bubbaprog) March 28, 2022 American television censored much of the exchange, but in uncensored footage, Will Smith is heard yelling, “Keep my wife’s name out your f–king mouth” multiple times. Rock was clearly stunned in real time. So was Williams, who was being honored as a part of the movie “King Richard,” which chronicles her father, Richard Williams. Smith plays the titular character in the movie, and in stunning fashion, won the Oscar for Best Actor minutes after the exchange with Rock. “Richard Williams was a fierce defender of his family,” Smith said in his acceptance speech. “In this time in my life, I am overwhelmed by what God is calling on me to do and be in this world.”