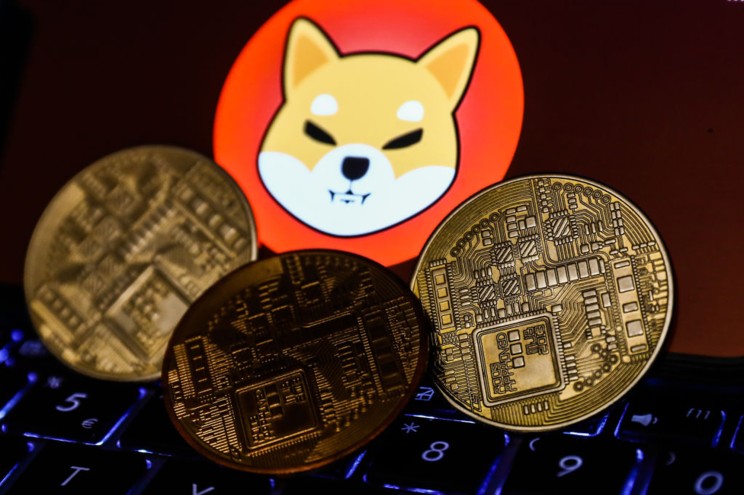 Shiba Inu coins are leading crypto’s recovery this week after a tumultuous January that saw digital currencies lose $1 trillion in valuation in seven days. Shiba Inu — named after a breed of cute, furry, Japanese hunting dogs — on Tuesday soared 12%, giving it a one-week surge that topped 52%, while bitcoin and ethereum gained 13% and 17%, respectively, during the same period. Bitcoin was trading at $43,278.60 per coin as of Tuesday morning while ethereum was at $3,092.01 per coin. Known as “shib” to a growing army of retail investors, Shiba Inu coins are worth a fraction of a cent. Its website calls it “a decentralized meme token that has evolved into a vibrant ecosystem.” SHIB, which is derived from ethereum, took a beating in recent months, losing 75% of its price after hitting an all-time high of $0.00008616 per coin in October. As of Tuesday, SHIB, which has a market capitalization of $17.9 billion, was trading at $0.0003277 per coin. It is the 13th-most valuable cryptocurrency on the market. Other meme-based cryptocurrencies like SHIB rival dogecoin have also registered gains in recent days. On Friday, dogecoin was trading at $0.14 per coin. Since then, it has surged by more than 13% to $0.16 per coin. The crypto markets moved into correction territory last month as investors reading the tea leaves pulled back on risky assets in anticipation of tighter monetary policies coming down from the Fed. Interest rates are expected to be hiked several times this year as the US central bank seeks to cool rampant inflation.