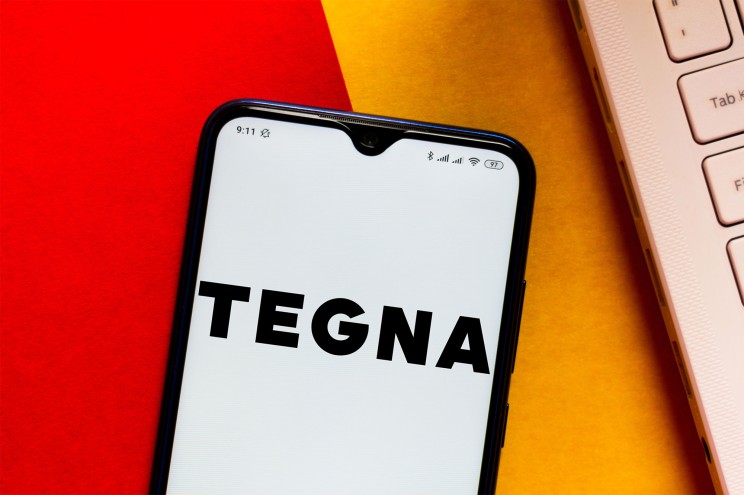 Soo Kim’s Standard General announced a complex deal on Tuesday with Apollo Global Management to acquire TV station owner Tegna for $24 a share, or roughly $8.7 billion. Tegna — spun off from newspaper giant Gannett in 2015 as a separate, publicly traded company — operates 64 TV and 2 radio stations across 54 US markets. Kim plans to replace Tegna’s CEO David Lougee — who Kim had accused of having a history of sexual discrimination and racial bias — with former Media General CEO Deb McDermott, Standard General said in a Tuesday release. The Post reported Jan. 18 that Standard General was closing in on an acquisition and had cleared a major stumbling block with Tegna over the breakup fee. To get the deal done, Kim has entered into an expensive partnership with Apollo Global Management which had bid several times in recent years to buy Tegna. Apollo, which owns the Cox Media Group and its 33 television stations, is buying Kim’s three mid-market TV stations. Cox is then contributing its Boston station, Fox affiliate WFXT, to the holding company that is buying Tegna, sources said. Cox charges higher-than-average retransmission fees to cable operators. Tegna even by just owning one Cox station can charge higher retransmission rates for all its stations. Industry practice is a station owner charges the highest rate to all cable companies. The question now is if the Federal Communications Commission will clear the deal as the combination of Cox and Tegna would clearly surpass the FCC’s national media ownership rule prohibiting any entity from owning commercial television stations that reach more than 39 percent of US television households nationwide. Kim will argue that Cox and Tegna are separate since neither Cox nor Apollo will own any equity interest in Tegna. Overall, Kim is borrowing $8 billion to finance the highly leveraged buyout, a source said. Apollo is loaning $450 million in junior debt at a 14 percent interest rate to fund the Tegna buyout that rises over time. The private equity firm is also providing another $230 million more senior loan at a lower rate, a source said. Kim’s Standard General has agreed to pay about a $250 million break-up fee to Tegna if the deal is blocked, sources said. Tegna had initially asked for double that amount, sources said. Under terms of the deal, Standard General will pay an extra 5 cents per share a month after nine months if the deal does not close by that time and then 12.5 cents per share in the 15th month and beyond, sources said. see also Bloomberg on Monday reported that Standard General was nearing a $24 a share deal. Ares Management that had recently been working with Byron Allen to bid for Tegna is providing Kim with about a $460 million loan to fund the deal, a source said. Kim, president of the alumni association of New York’s prestigious Stuyvesant High School, is perhaps best known for once being Dov Charney’s money man and buying a bankrupt Radio Shack. He also controls Bally’s that has grown into being an online sports betting presence. One of his major focuses in recent years has been being a Tegna shareholder activist. Before clashing with CEO Lougee last May in what was a nasty and unsuccessful proxy fight, he had also lost a 2020 proxy fight against Tegna. Kim last summer signed a standstill agreement in which he agreed not to launch another proxy fight for more than one year in exchange for getting a chance to conduct due diligence and buy Tegna. Separately, Kim has an offer to buy the 80 percent of Bally’s he does not own for $38 a share. Bally’s is considering his proposal and has not yet responded to Kim.