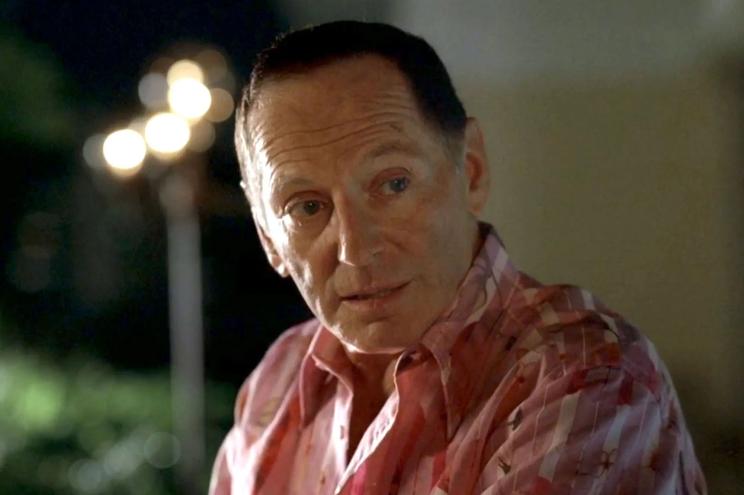 Gangster movie stalwart Paul Herman, a Brooklyn native who appeared in “The Sopranos” and “Goodfellas,” died Tuesday on his 76th birthday. The cause of death has not been disclosed. His death was confirmed by Michael Imperioli, a former “Sopranos” castmate, who described Herman in an Instagram post as “just a great dude.” “A first class storyteller and raconteur and one hell of an actor … Paulie lived around the corner from me the last few years and i am glad we got to spend some time together before he left us,” Imperioli, who played Christopher Moltisanti in the hit HBO series, wrote in the touching tribute. “I’ll miss him. Lots of love to his family, friends and community of actors and filmmakers.” Herman was well-known for his portrayal of heroin dealer turned pizza shop and club owner Peter “Beansie” Gaeta in “The Sopranos.” Lorraine Bracco, who played Tony Soprano’s psychiatrist Jennifer Melfi in the iconic series, also paid tribute to her costar on Twitter. “The one & only. A loving soul with a great sense of humor, Paulie Herman. REST IN PEACE,” she wrote. The beloved actor also appeared in “Once Upon a Time in America,” “Silver Linings Playbook,” “Cop Land,” Analyze That,” “American Hustle” and Martin Scorsese’s crime epic “The Irishman” alongside Academy Award winner Robert DeNiro. Fellow Brooklynite and actor Tony Danza called Herman “one of the greatest guys of all time. A great actor and a great friend.“ The 70-year-old performer added in a tweet: “If you visited NYC from LA, he was the entertainment director. We will all miss you so much, Paulie.” British-American actress Frances Fisher called Herman’s death the “end of an era.” “Paulie Herman – Beloved by All. From the old NYC days at Cafe Central & Columbus to the West Coast nights at Ago, Paulie always had a smile and a table,” she wrote. “Decades of memories in every conceivable haunt and hamlet. An actor, a horseman, a man about town, a bit of a health nut, a bottom line trusted friend,” Fisher added.