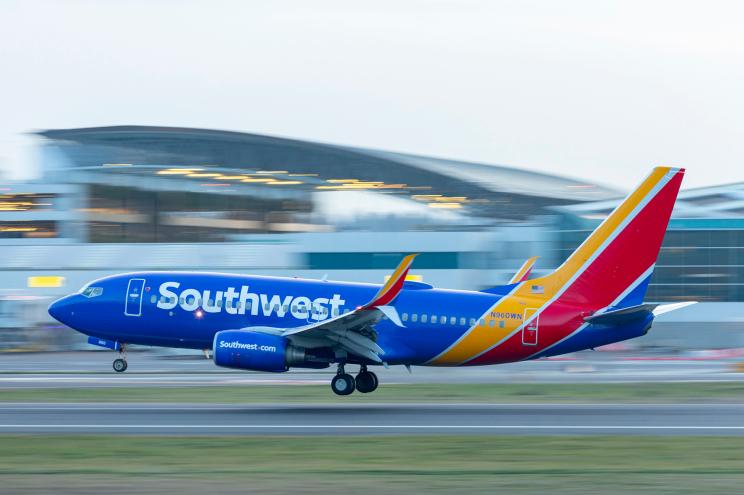 Southwest Airlines flights were delayed and canceled early Saturday morning. In a statement to Fox Business, the airline cited “intermittent performance issues following routine overnight maintenance of some of [its] backend technology.” “We offer heartfelt apologies to our customers for any inconvenience, and gratitude to our employees who are working diligently to make it up to them,” the airline wrote. “We’ll continue to update customers whose journey with us today might be delayed as result of the now-resolved issues.” Flight tracker FlightAware showed more than a thousand delayed flights on Southwest shortly after 9 a.m. ET, with 179 cancellations. Passengers reacted to the changes on social media, responding to a Friday April Fool’s Day tweet from Southwest. “You want a joke? Bag fees,” the @SouthwestAir account said. “Kind of bad taste to make a Twitter joke when seemingly every flight today is delayed,” Fox 61 meteorologist Ryan Breton replied. Others shared stories of lengthy customers service calls, double cancellations and exorbitant airfare. Airline ticket prices have risen due to increased travel and already sky-high fuel costs have been driven further up by Russia’s invasion of Ukraine. KPRC 2 in Houston, Texas reported Saturday that the source of delays was a “planned system outage” and that a spokesperson for Houston Airports told the station the airlines system was down for two hours, starting at 4 a.m. local time. North Carolina’s WNCN said the “nationwide system failure” had caused delays out of Raleigh-Durham International Airport. Fox Business’ Edward Lawrence was at Ronald Reagan Washington National Airport in Washington, D.C., and tweeted about the issue. “Update: Gate Agents saying that the @SouthwestAir system is back up. They are starting to try and catch up with bag checks and boarding,” he wrote at 6:57 a.m. ET.