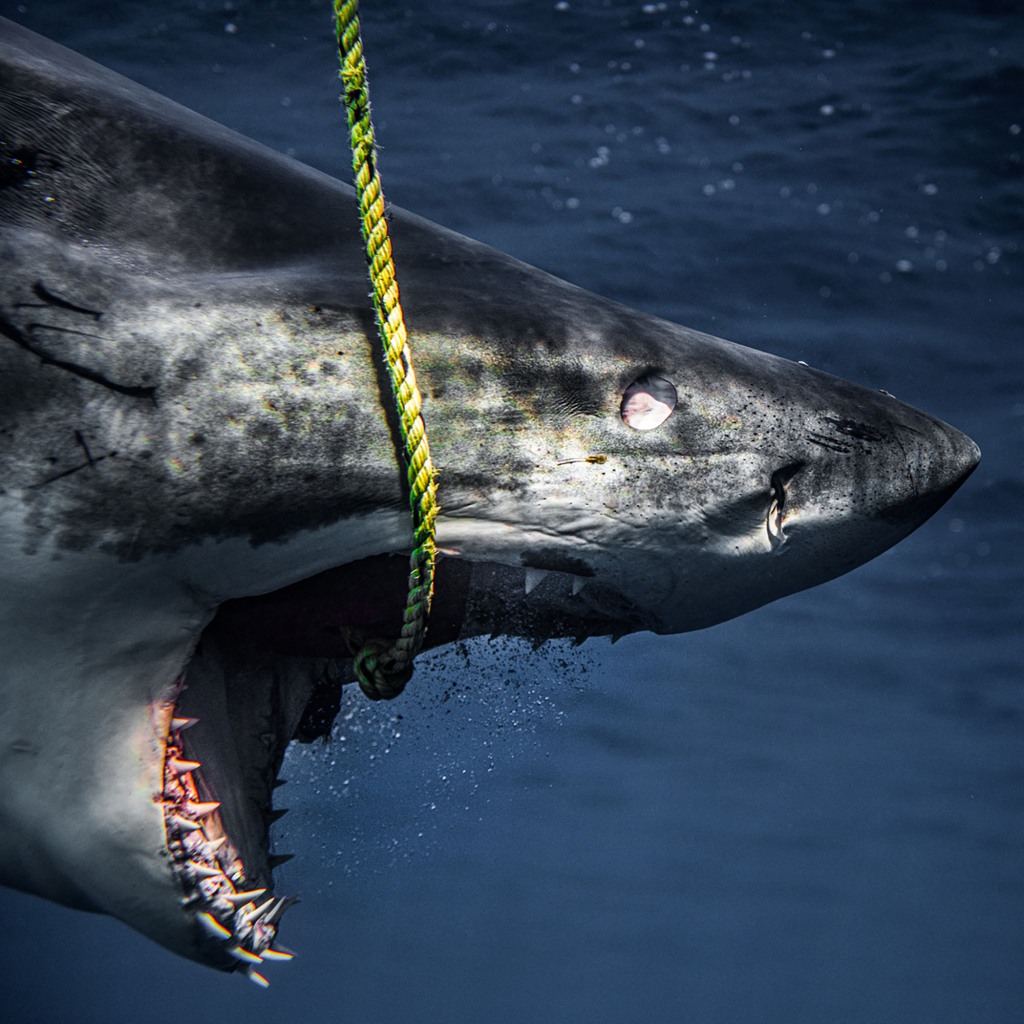 As Captain Quint from “Jaws” said — “it’s got lifeless eyes.” A cage diver in Mexico captured the terrifying moment a massive “zombie shark” chowed down on prey right in front of his face. Video of the dead-eyed predator first surfaced in 2019, but is currently blowing up on Youtube as gawkers marvel at its ghoulish visage. “I have seen this shark more than once, I don’t remember her name but she is a female that we had seen at the island before,” videographer and shark photographer Euan Rannachan, 36, told NeedToKnow.online of the incredible footage, which he captured at Guadalupe island, about 125 miles off the coast of mainland Mexico, Jam Press reported. “I have loved sharks ever since I was a little boy, but I did not dive with white sharks till 2016,” the great white gawker gushed while describing his unusual hobby. “After doing it one time I became hooked and started a company taking people out to Guadalupe Island to see the sharks with a good Friend Nikki.” see also Rannachan said he chose that particular region as it “is a migration path for a couple different kinds of seals and makes for a great place for a white shark to have a snack.” The macabre clip, shot from inside a shark cage, starts off typically enough with a large great white shark swimming towards a block of chum tethered to the boat. Things take a terrifying turn, however, when the super predator’s eyes roll back in its head as it takes the bait. A subsequent slow motion shot depicts in detail as Jaws flashes the “great whites” of its eyes at the photographer mid-chomp from seemingly inches away from the camera. Despite evoking something out a George Romero film, the spooky display is actually a standard defense mechanism that protects the shark’s eyes while it feeds. “They close their eyes because sometimes dinner fights back,” Rannachan explained. “So the white shark deploys a sort of shield if you will over their eyes when they go into attack mode just to make sure their eyes will be fine and survive the battle.” Nonetheless, the nightmarish visage sent shudders across Youtube with one Jaws-struck viewer exclaiming, “100% zombie shark right there.” Another called the freaky footage “scary.” “That’s not a zombie that’s the eye shouting to protect it from debris or blood,” scoffed one realist gawker, to which Rannachan replied, “lol I know.” The photog wasn’t filming the oceanic predators just for kicks. “We donate all our photos to Marine Conservation Science Index (MCSI) in Mexico who compiles a database of all the sharks we see,” Rannachan explained. “And with the help of the sharks’ different countershading patterns and sometimes other unique markings, we can tell who is who in the water.” The shark-umenter says his ultimate goal is to “help change the negative stigma attached to sharks, and help empower people to do things they never thought they could!” Shark aficionados don’t have to travel all the way to Mexico to see this apex predator in action. On Sunday, a great white was filmed devouring a seal off Nantucket, marking Massachusetts’ first official sighting of the season.