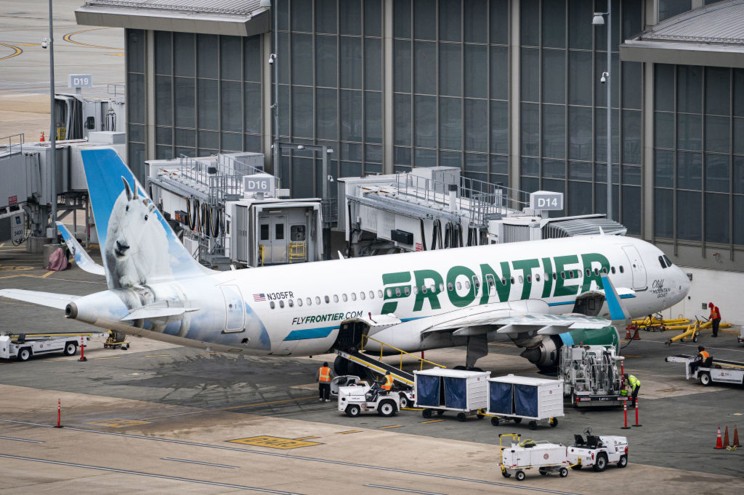 Frontier Airlines is buying its rival low-cost carrier Spirit for $2.9 billion in cash and stock as part of a deal that will create the fifth-largest US airline. The merged airline will offer more than 1,000 daily flights to over 145 destinations in 19 countries. The tie-up is valued at $6.6 billion when accounting for the assumption of debt and other liabilities. The merged company will also boast a combined fleet of more than 350 aircraft that will fly to destinations throughout the US, Caribbean, and Latin America. The companies said that the merge will translate into roughly $1 billion in consumer savings. Frontier stock holders will own some 51.5% of the newly created firm while Spirit shareholders will own around 48.5%, as per the terms of the deal. The new airline will be run by a board of directors comprised of 12 people. Frontier will name seven of them while Spirit will pick the remaining five. William A. Franke, Frontier’s board of directors, will serve as chairman of the board of the new, combined company. “This transaction is centered around creating an aggressive ultra-low fare competitor to serve our guests even better, expand career opportunities for our team members and increase competitive pressure, resulting in more consumer-friendly fares for the flying public,” said Spirit CEO Ted Christie. The Frontier-Spirit merger creates the fifth-largest US carrier behind the dominant players in air travel — American, Delta, United, and Southwest. Like the peers in the air travel industry, Frontier and Spirit have been rocked by the spread of the Omicron variant, which slowed down recovery plans after companies were devastated by the pandemic. Both airlines lost money in the last three months of 2021. Spirit reported losses of $87.2 million while Frontier said it lost $53 million. The two airlines both finished in the red for the entire 2021 calendar year. Shares of Denver-based Frontier slipped 2.1% before the opening bell on Wall Street on Monday while shares of Spirit, based in Miami, jumped 12.3%.