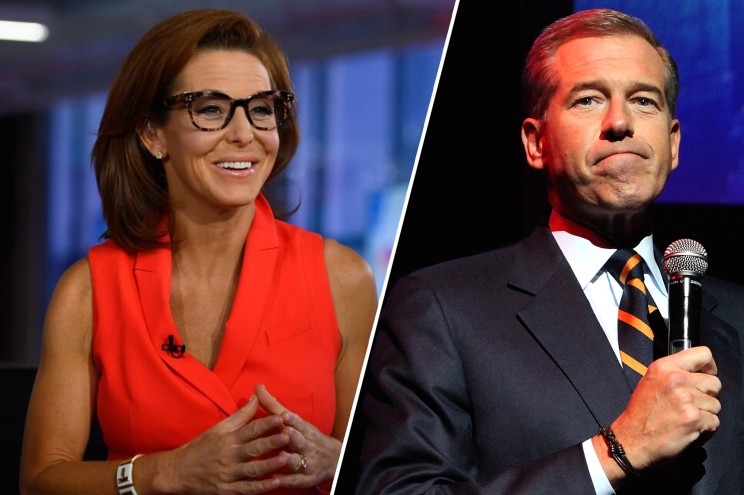 Stephanie Ruhle has been tapped to replace Brian Williams as host of left-leaning MSNBC’s late night news hour while “Morning Joe” will expand to four-hour daily broadcasts, the Comcast-owned cable network announced. Ruhle, a longtime business reporter who started her career in investment banking before becoming a journalist, will shift from her current 9 a.m. time slot to the nightly 11 p.m. hour, MSNBC said. She will replace Williams, the former $10 million-per-year NBC Nightly News anchor who last month taped his final episode as host of 11th Hour, the nightly wrap-up show. News of the change was first reported by Axios. Williams, who came to MSNBC after he was removed from the Nightly News anchor chair for fabricating stories about his exploits in Iraq and New Orleans, helmed 11th Hour for five years, during which he drew consistently strong ratings. Ruhle’s 9 a.m. time slot will be filled by “Morning Joe” co-hosts Joe Scarborough, Mika Brzezinski, and Willie Geist, who will anchor a four-hour show beginning at 6 a.m. every day. The changes were announced in a memo to staff by MSNBC President Rashida Jones, who praised Ruhle for her “business acumen, hard-hitting interview style and original reporting,” according to The Associated Press. Adding an extra hour of “Morning Joe” “will give us an opportunity to extend the reach of the program, which has become so well known for its signature perspective and analysis, as well as its newsmaking interviews,” Jones wrote in the memo. The changes are scheduled to go into effect sometime this year, though no specific date was given. Jones, 40, was named president of the network last year, replacing Phil Griffin. Since ascending to her role, she has hired former Kamala Harris spokeswoman Symone Sanders to host a weekend political talk show. She also signed prime-time star Rachel Maddow to a new contract for $30 million a year through 2024. The deal will allow Maddow to develop projects across the network and to step aside from her hosting duties sometime within the next year. MSNBC has posted better ratings for its primetime shows than rival CNN, but both networks combined fail to bring in anywhere near the number of viewers who watch Fox News on a nightly basis.