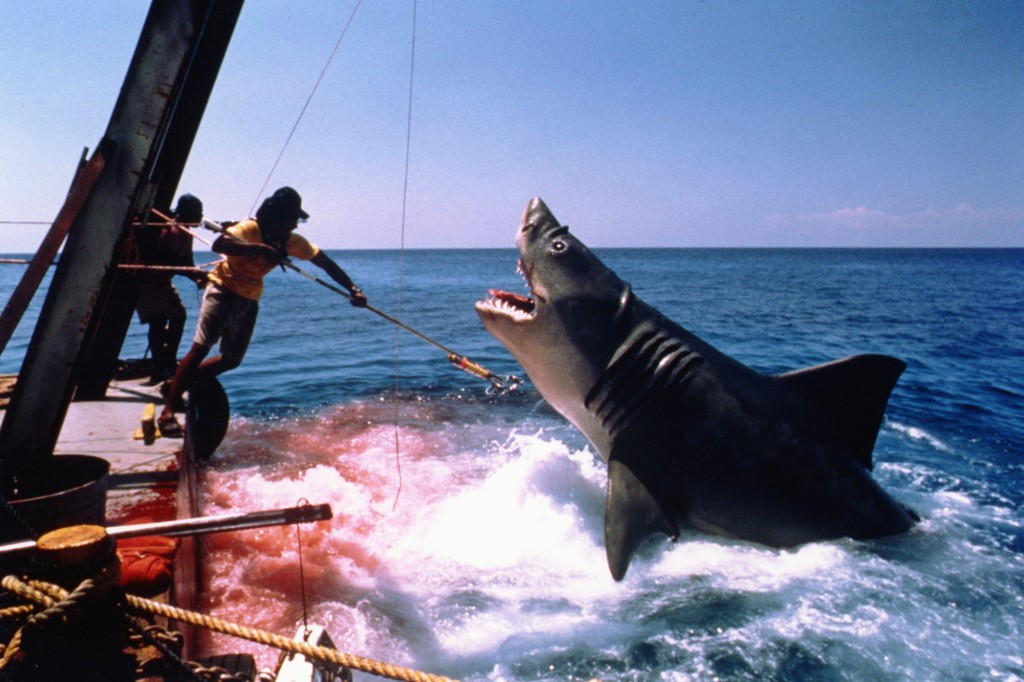 Fans of the 1975 drama “Jaws” will never, ever forget composer John Williams’ famous musical score. The iconic theme from director Steven Spielberg’s shark flick is chilling and ominous, yet all too familiar. However, the 75-year-old filmmaker initially thought Williams — who turned 90 on Tuesday, Feb. 8 — was kidding when he first played the score for him. “I expected to hear something kind of weird and melodic, something tonal, but eerie; something of another world, almost like outer space under the water,” the “West Side Story” director said in a prior “Jaws” DVD featurette unearthed by The Hollywood Reporter, in which Spielberg discussed the process of creating the music for the movie. “And what he played me instead, with two fingers on the lower keys, was ‘dun dun, dun dun, dun dun.’ And at first, I began to laugh. He had a great sense of humor, and I thought he was putting me on,” he continued. But the “Indiana Jones” composer persuaded Spielberg to just listen to the music. After playing the theme several times, Spielberg knew the score was perfect. “It suddenly seemed right. And John found the signature for the entire movie,” he said. Spielberg even later admitted: “I think the score was responsible for half of the success of that movie.” Williams was also interviewed for the DVD segment, during which he echoed Spielberg’s sentiments and explained how he composed the theme. “You could alter the speed of this ostinato [a repeated musical rhythm]; any kind of alteration, very slow and very fast, very soft and very loud. There were opportunities to advertise the shark with music. There are also opportunities when we don’t have the music and the audience has a sense of the absence,” the Oscar winner explained. “[Viewers] sense the absence because they don’t hear the ‘dun dun’ because you’ve conditioned them to do that,” Williams said. The music made headway for one of the biggest scenes in the iconic movie — when the beast torments Sheriff Brody (Roy Scheider) and shark-hunter Quint (Robert Shaw) on the latter’s Orca boat. “The absence of the music cue leaves viewers shocked when the shark pops up out of the water,” Williams continued. The “Jaws” music won Williams his second Academy Award in 1976, and the theme was ranked as the sixth-greatest score ever by the American Film Institute. His music for 1977’s “Star Wars” is No. 1 on the list.