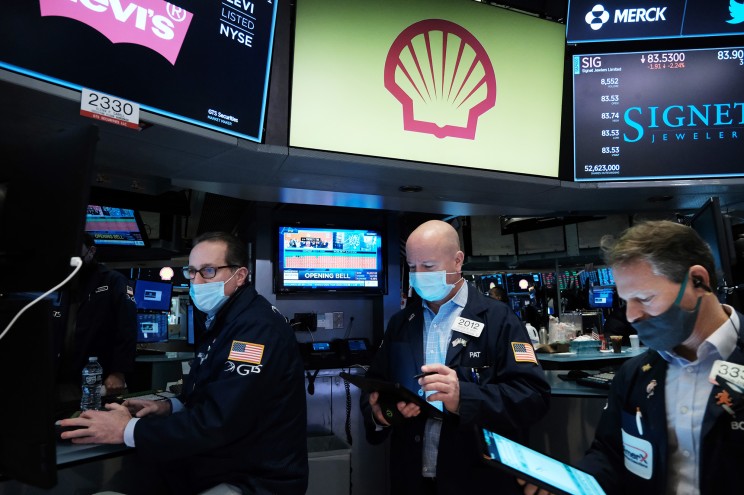 Oil prices surged to their highest level in more than a decade on Monday as the Biden administration mulls a potential ban on Russian imports in response to the invasion of Ukraine – a move that could further upend the global energy market. Brent crude oil touched nearly $140 per barrel overnight as the market reacted to the possibility of a ban. The global price benchmark was trading at roughly $125 as of early Monday morning. West Texas Intermediate crude oil, the US benchmark, was trading at $121 after briefly topping $130 on Sunday night. Prices reached their highest level since 2008. The escalating energy crisis is spooking investors on Wall Street, sending US stock futures down sharply ahead of the opening bell on Monday. Dow futures plunged more than 200 points, while futures tied to the S&P 500 and the Nasdaq index were each down about 1%. The Russia-Ukraine conflict is also driving price spikes for other commodities. Gold jumped 1% to nearly $2,000 per ounce on Monday, while silver ticked about 0.5% higher to $25.94. Meanwhile, the price of wheat jumped 7% to $1,294. Prices have jumped to record highs as the war interrupts shipments and prompts fears of a wheat shortage in Europe. US gas prices have risen in tandem with oil. The national average price of a gallon of gas surpassed $4 on Monday. At the current pace, the country is likely just days away from reaching a new record high, surpassing the old mark of $4.11 per gallon established in July 2008. As The Post previously reported, analysts warned gas prices could reach $5 per gallon – and potentially much higher – if there were further interruptions to Russian gas and oil exports. The latest oil surge occurred at House Speaker Nancy Pelosi (D-Calif.) were mulling a bill that would enact further economic penalties on the Kremlin in response to escalating violence in Ukraine. The legislation would ban imports of Russian oil and energy products into the US, among other measures, according to Pelosi. Secretary of State Tony Blinken also indicated the Biden administration was mulling an import ban. Previous sanctions targeting Russia have largely excluded the energy sector. “We are now talking to our European partners and allies to look in a coordinated way at the prospect of banning the import of Russian oil, while making sure that there’s still an appropriate supply of oil on world markets. That’s a very active discussion as we speak,” Blinken said during a CNN appearance on Sunday.