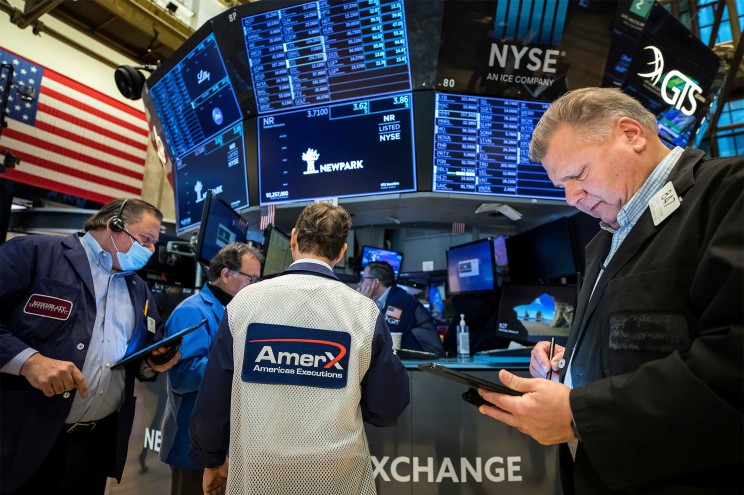 US stocks tumbled Thursday after tensions in Ukraine flared, with Russia’s apparent saber-rattling also rattling investors. The Dow Jones Industrial Average fell by more than 1.2%, shedding some 425 points while the S&P 500 lost 1.4%. The Nasdaq fell by 1.6% on Thursday. Tech stocks were among the biggest losers as Microsoft shares lost 2% and Alphabet Inc. dropped 1.8%. Bond yields also fell as investors rushed to their perceived safety. The yield on the 10-year Treasury fell to 1.96% from 2.04% late Wednesday. The markets reacted to the renewed prospect of a Russian invasion of Ukraine. President Biden said Thursday that he expected a Russian military incursion into its neighbor within days. A Russian invasion could lead to a disruption in the oil markets. Russia is a major global producer of crude oil, and investors fear that a war would further hamstring an already tightly supplied market. Still, oil was down about 2% on Thursday even with worries over Russian supply. Even before geopolitical tensions ratcheted up in Eastern Europe, investors were bracing for stringent monetary action from the Federal Reserve. The US central bank had indicated that it would move to tame spiraling inflation by raising interest rates several times this year. Last week, the Department of Labor reported that inflation rose to its highest rate in 40 years in January. Consumer prices surged 7.5% in the 12-month period that started in January 2021 — the highest annual increase since February 1982. Increases in the cost of food, electricity and rent were among the largest contributors to the red-hot rate, the Labor Department said. Companies have also been dealing with supply chain problems and higher costs by raising prices on finished goods for consumers. Many have also warned investors that profits, sales and overall operations will still be hurt by inflation. The move to raise prices on goods has heightened concerns that consumers could eventually pull back spending, which could damage economic growth. Consumers haven’t pulled back yet, though, according to latest report from the Commerce Department showing that retail sales surged 3.8% in January as the threat of the Omicron variant of COVID-19 faded. With Post wires